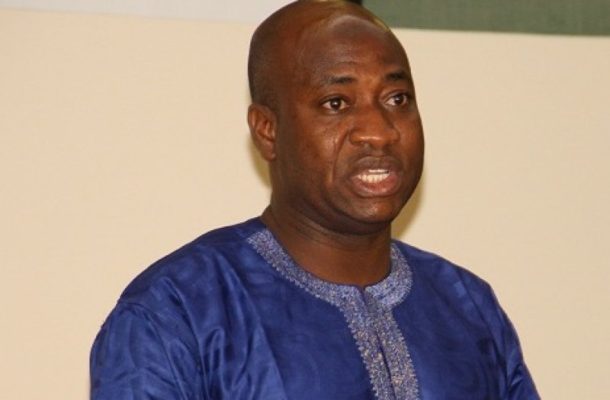 A former Deputy Minister of Trade, Mr Ibrahim Mutala Mohammed, has stated that the allocation of GH¢400 million per year by the government towards the implementation of the Free Senior High School (SHS) programme is woefully inadequate to sustain the programme.

He said contrary to the Ghana Education Service’s (GES’s) projection of over GH¢505,200,000 needed to feed SHS students in a year, the government’s current budgetary allocation for the programme would undermine its success.

“The persistent failure of the government to come out with a projected cost to run the free education policy demonstrates its insensibility to the over 400,000 young students, and the government must bear in mind that free education is not one-village, one-dam but the future of young people,” he stated.

At a public lecture organised by the Coalition for Restoration in Accra last Wednesday, Mr Mohammed stated that: “For the first time, we have students’ dormitories under trees and the only response the Minister of Education would give to the people of this country is that students are lucky to have proper bathrooms.”

The event, held on the theme: “Analysis and expectation of the 2017/2018 budgets to drive the change from taxation to production,” allowed speakers to share their perspectives on the 2018 budget that was presented by the Minister of Finance to Parliament on November 15, 2017.

Mr Mohammed said the need for free education was a constitutional requirement that could only be achieved with available resources.

He indicated that the New Patriotic Party’s (NPP’s) understanding of free education was skewed towards making education more accessible; but he, being a trained teacher, considered that access alone was not enough to guarantee quality teaching and learning.

“Access includes the availability of adequate infrastructure, furniture, quality teachers, teaching and learning materials and an enabling environment for the students to learn,” he posited.

The former deputy trade minister said in the 2016 budget, capital expenditure was GH¢7.9 billion, but it reduced to GH¢6 billion in the 2018 budget.

He added that with over 90 per cent of the budget spent on salaries and emolument, there was little left to provide for infrastructure, including those in second cycle schools, saying: “What this means is that the problem we have with free education will continue unabated.

Touching on the one-district, one-factory initiative, Mr Mohammed said the Ekumfi Pineapple project was an initiative of the National Democratic Congress (NDC) which was implemented in 2013 through a collaboration between the Japan International Cooperation Agency (JICA) and the Central Region Development Commission.