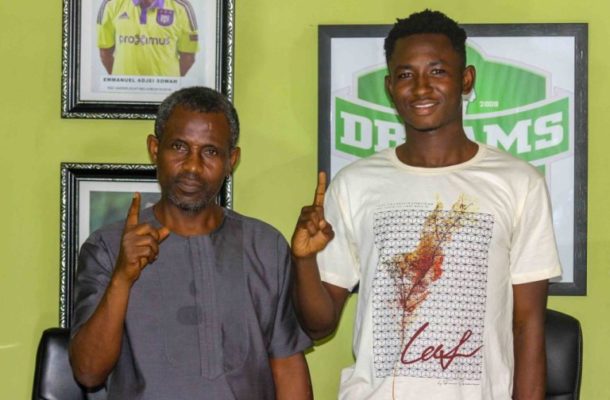 The 'Still Believe' side announced the signing of the young prodigy on Wednesday after both parties agreed on personal terms.

His addition is expected to boost the club’s attacking options as the team yearns for an improved goal scoring rate in the ongoing 2019-20 Ghana Premier League season.