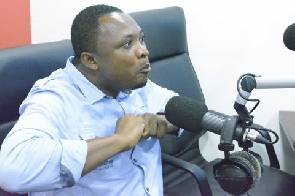 The Communications Director of the Ghana Football Association, Ibrahim Saanie Daara, has dared anyone who has evidence of match-fixing in the ongoing Ghana Premier League (GPL) to come forward or remain silent on the matter.

The GPL over the years has been hit with match-fixing allegations, but officials of clubs have consistently failed to tender any evidence to that effect.

With less than seven matches to end the season, there are reports that some clubs intend to throw away matches to secure favourable positions on the league log at the end of the season.
 
However, Mr Daara said anyone who alleges match-fixing must provide evidence.

“When people make such accusations it is important that they table the evidence. People are saying others are selling matches. If you don’t have evidence, and you make these accusations, someone can take you to court, and you will be held liable, so when you make an accusation, it must be cast in iron.

"All the teams are fighting hard, and if you are aggrieved by a decision of a referee, you have to use the appropriate channels and let’s not take the law into our hands and let’s not unfairly accuse people,” the former BBC reporter told Class Sports.