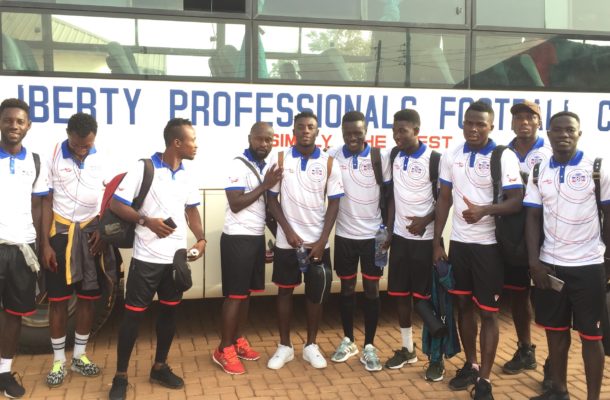 The Scientific Soccer Lads, in search of a first win of the season travel to face Ebusua Dwarfs on match week 4 of the ongoing Ghana Premier League.

Among the traveling party for the Dansoman based side is young forward Mensah who was impressive for the club in preseason.

Mensah, a player from the club's youth rank is the latest addition to Liberty's match day squad after fellow promoted player Abraham Wayo.

However, he will be hoping to be given his debut by Head Coach David Ocloo who is still searching for a first win of the season.