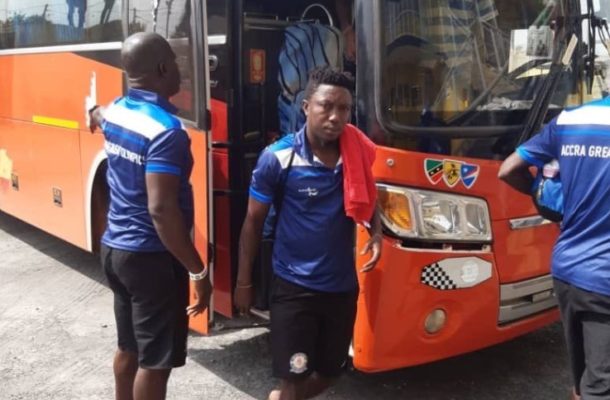 Veteran defender, Godfred Saka says he is still waiting for the official notification from Great Olympics before taking his next line of action.

The former Aduana Stars right back was released by the Ghana Premier League side after just 4 months with the Wonder Club.

Reacting to the story of his sack, Saka stated he only heard about it on Radio but management are yet to communicate that to him.

"Yes I also heard it on Radio, but no one has inform me officially. I called Emmanuel Clottey and he confirmed to me that it’s true.

" I call Olympics Management but they weren’t picking. I’m still waiting for them to officially communicate their decision to me.

“I signed a year contract with them. I still have some contract. My contract will end in November this year.” He told Twifiman FM.

Godfred Saka was released alongside skipper of the club Emmanuel Clottey and Goalkeeper Ernest Sowah.