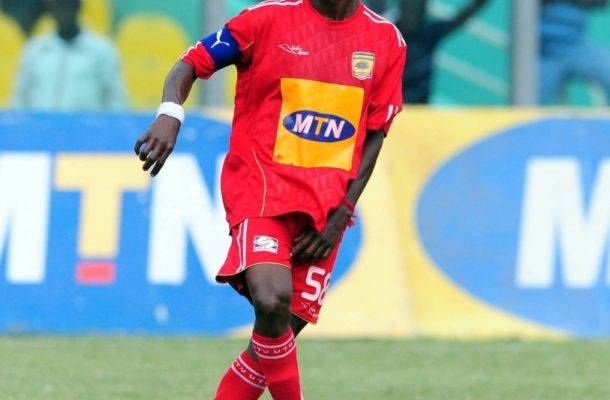 Accra Great Olympics are keenly interested to sign former Kumasi Asante Kotoko midfielder, Daniel Nii Adjei, on a free transfer after he was offloaded by the Porcupine Warriors.

Daniel Nii Adjei did his first training with Great Olympics yesterday as he is looking forward to sign a fresh contract before the new season Kick-off.

Reports say the ex- TP Mazembe player will commit his future for the Accra based club, as the move will see Oly strengthening their squad with more experienced players like Benard Don Bortey, Emmanuel Clotey, Glason Awaku, Godfred Saka all available for the club in the coming season.