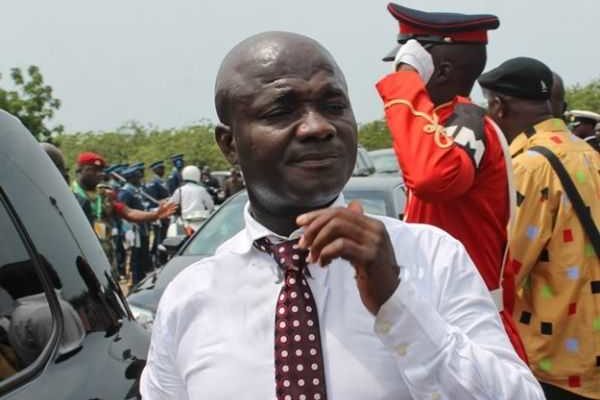 A group calling itself Ashanti Patriots For Action is calling for a thorough investigation into a bribery allegation made on a widely circulated tape by a popular serial caller of the opposition National Democratic Congress (NDC), Frank Kwaku Appiah, popularly known as Appiah Stadium.

The voice believed to be Appiah Stadium in what appears to be a telephone conversation spilt beans about some members of his party who are in bed with the ruling government.

He alleged that the National Communications Officer of the National NDC, Sammy Gyamfi, took him along to some top NPP men to collect money.

In the 7minutes, 29 seconds conversation Appiah Stadium also alleged that former President John Dramani Mahama is making efforts to ‘buy’ some journalists in the Ashanti Region for his party’s benefits.

Appiah Stadium was heard saying the Ashanti Regional Communications Officer of the NDC, Abass Nurudeen was sent by John Mahama with $2000 to be given to Nana Jantuah, a morning show host of Kumasi-based Nhyira FM.

Reacting to the claims, the Ashanti Patriots For Action in a statement sighted by Peacefmonline.com is calling for Mr Mahama to be investigated for the bribe allegation.

“These are very serious revelations which require immediate action by relevant state agencies, especially the security services,” a portion of the statement read.

Read below the full statement

We have become aware of the content of a shocking tape recording in which one Appiah Stadium is heard spelling out the details of plans that the Mahama NDC has been deploying in getting mercenary Journalists to do the bidding of the NDC in recent times.

Appiah Stadium is also heard audibly on the tape recording with revelations that the Ashanti Regional Communications Officer of the NDC, Abass Nurudeen was sent by John Mahama with $2000 to be given to Nana Jantuah, a morning show host of Kumasi-based Nhyira FM.

For the avoidance of doubt, both Appiah Stadium, Abass Nurudeen involved in this Mahama bribery case, are errand boys of John Mahama.

Again, the recipient of the $2,000 bribery from John Mahama, Nana Jantuah is a well-known mercenary broadcaster who is very famous for churning out falsities and propaganda on his show. He never gives facts. He revels in propagating naked lies given to him by NDC elements against the Akufo-Addo administration.

He sits on his show, invents negative stories about Akufo-Addo and Bawumia, throws them out there, and calls the same as freedom of speech.

The recording shows that as many Ghanaians try to assess political parties on the promises they are making and whether they can be trusted to deliver on them or not, the NDC and John Mahama are actually paying media practitioners to do their bidding for them.

It is our expectation that all Ghanaians, Civil Society Groups, Religious Leaders and members of Moral Society will condemn in no uncertain terms this dastardly act by John Mahama.