Guatemalan player beats referee after being shown a red card 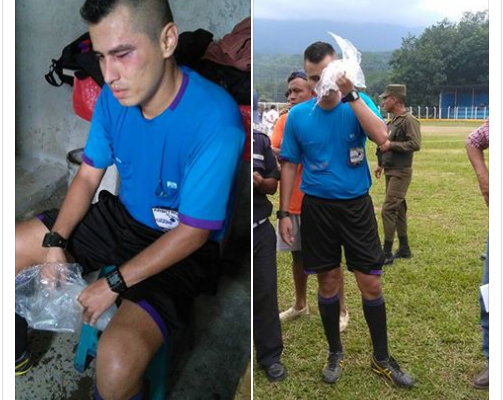 It’s not often we post clips from the Guatemalan third division but it’s also not often we see a referee getting headbutted and punched in the face.

Number 7 Daniel Pedrosa can expect a lengthy ban after completely losing his head following a red card. Just look (above) at the state of the poor referee!

How did it escalate so quickly?

Daniel Pedrosa bumped into the referee near the halfway line and the official was far from pleased, immediately dishing out a red card to the bemused midfielder.

What followed was madness. Pedrosa – feeling hard done by – delivered a shocking headbutt before landing a punch to the face.

The players from both teams were a little bit slow to intervene… but thankfully did eventually.