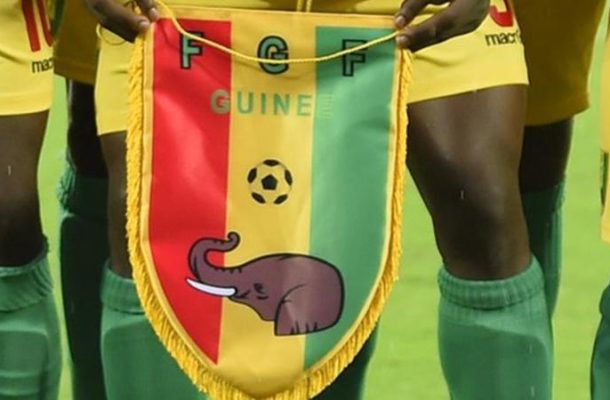 The Guinea Football Federation (Feguifoot) says it has yet to be told that it will host the 2025 Africa Cup of Nations instead of the 2023 edition.
After the Confederation of African Football (Caf) stripped Cameroon of hosting the 2019 Nations Cup, the latter is set to stage the 2021 finals instead.

"For now we haven't been notified, neither by a letter or a decree," Feguifoot president Mamadou Antonio Souare told BBC Sport.

However, all three host nations are now set to stage the finals two years later after Caf decided that new hosts were necessary for the 2019 tournament because of slow preparations in Cameroon.

On 9 January, Caf is set to announce who will host this year's finals - with both Egypt and South Africa having made bids.

"Caf bosses explained to us that they want to shift everything along," says Souare, who met with Caf President Ahmad, among others, last month.

"Which means that if Cameroon is moved to 2021, so everything else would get postponed by two years.

"But for now I'm not going to comment because I don't have anything in writing - and because speaking and giving opinions for something which is not yet a reality is not normal."

Ivory Coast has already lodged an appeal against the Caf decision to hand the 2021 finals to Cameroon with the Court of Arbitration for Sport.

Souare also questioned whether African countries will be able to single-handedly host the expanded Nations Cup, which moved from 16 teams to 24 in 2017, in future.

"To go from four to six stadiums, all of a sudden, for one country do we maybe have to do co-hosting?" he added.

"It's not just the six stadiums, we have to build hotels - 2-3 star hotels to lodge the public that come, but for the teams you need 4-5 star hotels.

"Then you also have the hospitals, telecommunications, roads, airlines. It's all this. There are many things.

"Would co-hosting, like we have have seen between Gabon and Equatorial Guinea, be a possible fallback solution?"

The Nations Cup has been co-hosted twice before, by Gabon and Equatorial Guinea in 2012 and by Ghana and Nigeria in 2000.