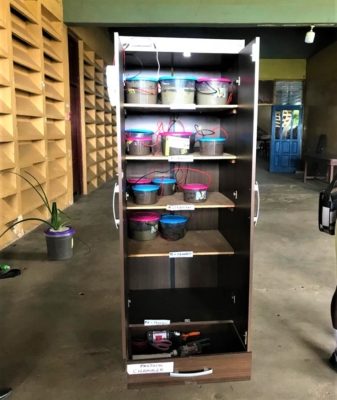 Students of Gyaama Pensan Senior High Technical School at Aboaso in the Kwabre East District of Ashanti Region have developed a technology that generates electricity from plants and bacteria from soil.


Ghana is well endowed with renewable energy resources which are yet to be fully exploited.

Renewable energy currently contributes about 1 per cent to the energy mix, but the aim is to achieve 10 per cent renewable in the mix by 2030.

This technology by the students when scaled-up and adopted could accelerate Ghana’s ambitious target.

The Innovation
The Plant Microbial Fuel Cell Technology was produced from electricity-generating bacteria (electrogens) like Escherichia coli and Pseudomonas aeuroginosa. 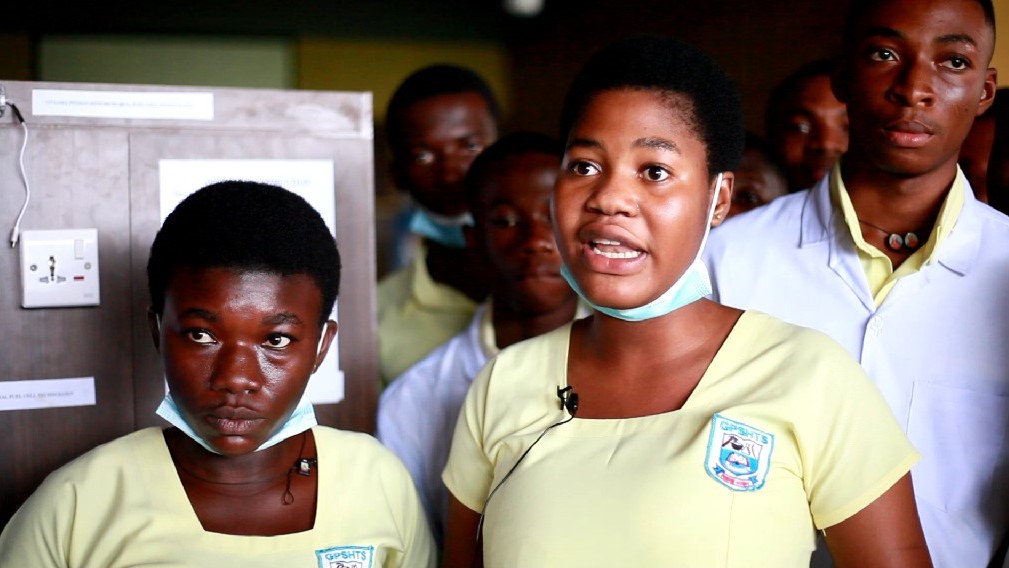 Both the plants and soil containing the bacteria are packed together in a number of bowls connected with electric wires expected to facilitate reaction to generate the electricity.

“We use the principle based on the redox reaction and we use photosynthesis. During photosynthesis, there is glucose stored. The bacteria feed on it to generate electricity,” Christolove Molgo Arthur, a team member, explains the scientific principle employed.

The rectangular structure is divided into chambers with each containing two or three bowls of the energy-producing content. 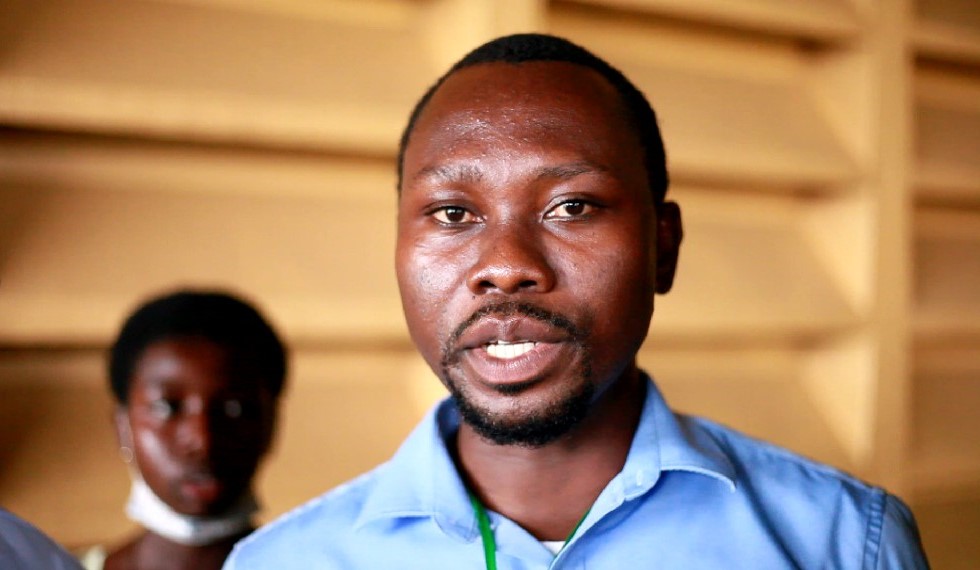 Chemistry teacher, Frank Agyekum, together with other tutors from the school’s science department helped the students put together the technology.

He explained that “we came out with this innovation dividing our chambers into MFCs that are required to add up voltages in series, to get the total voltage required to generate electricity to power certain electrical devices such as mobile phones etc.”

The technology can generate electricity to power all devices connected to it as long as the bacteria is present and alive.

The development of the energy-generating technology took two weeks to perfect. This was possible by dint of technical support from other coordinators including Sampson Adu-Heneampong, Ernest Acheampong and the Head of Science Department – Iddrisu Issifu.

According to them, the energy produced by the rectangular powerhouse is capable of charging our mobile phones, LEDs and other devices etc”. 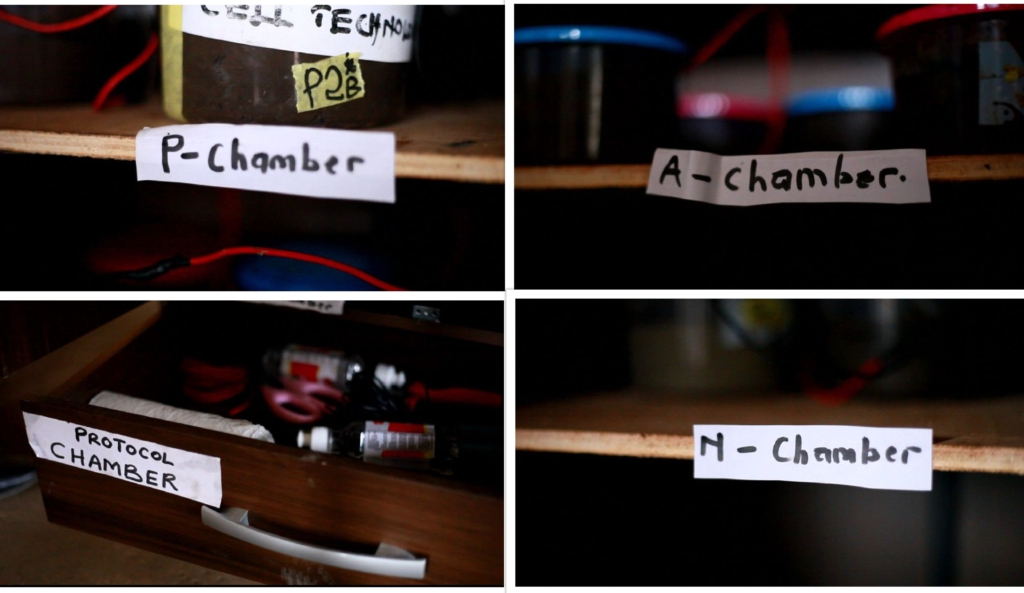 The Way Forward
The ‘G-PANARH’ innovation is a new technology in Ghana that has been started by the school which authorities say, “we wish to take it forward to the next level”.

Mr Agyekum says with the necessary support, it can be scaled up to generate power for establishments.

“… if we go outside to the environment, we can use trees that are in the middle of the streets. we can mould our principles or projects underground with some electrodes to generate electricity to power or illuminate the streets in Ghana”.

It is environmentally friendly and biologically and so no toxic gases or greenhouse gases are being generated to the detriment of the environment.

Renewable energy is contributing to less than 10 per cent of Ghana’s energy mix. With just about ¢200, this technology can be produced for households but for companies and other establishments, one might incur a little more cost.

The technology depends on plants to generate the electricity which means it is contributing to afforestation practices. “since we are using plants, that means our project is contributing to afforestation, if you want to build it in your house or garden or farmland, that means you need more plants to build the set up to generate the electricity.

“If you do that, then it means it is not going to cost you much so depending on the wood you want to use to build it, it will not cost you more than ¢200”. 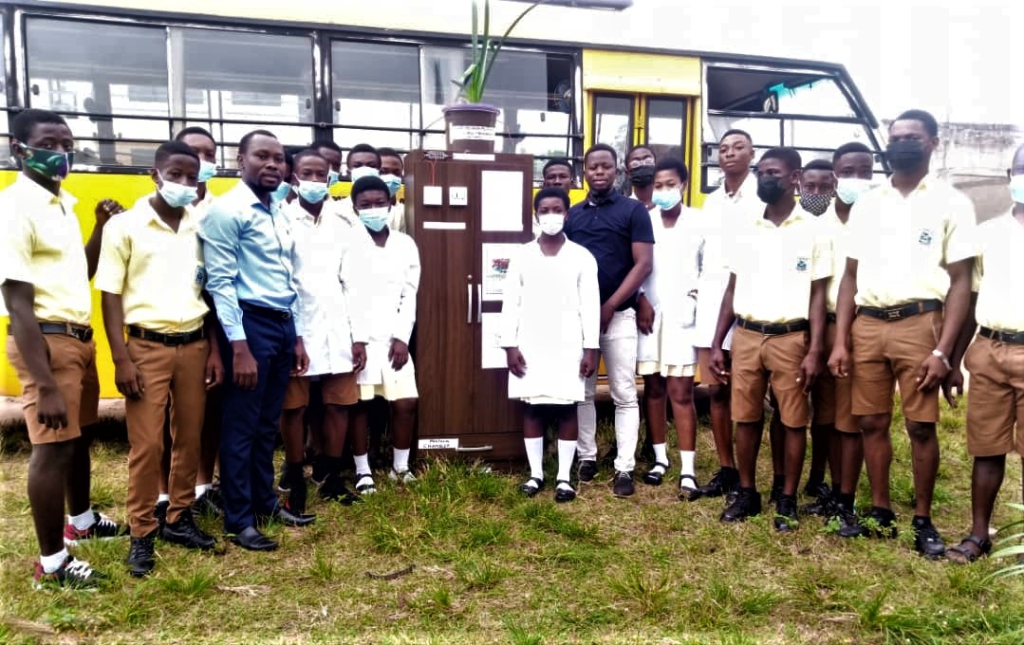 Ghana under an afforestation initiative dubbed, “Green Ghana Campaign”, in July rallied the Ghanaian people to plant 5million trees across the country.

This initiative according to authorities will be sustained by members of the youth in afforestation under the forestry commission who will nurture, monitor and track the trees planted.
A successful implementation of this move will mean there will be more greenery in the country in the next few years which will be an incentive for this energy generative initiative by the Gyaama Pensan Senior High Technical School.

The school is therefore looking at financial and technical support to scale up the innovation for commercial adoption. It can take between one and three weeks to produce it.