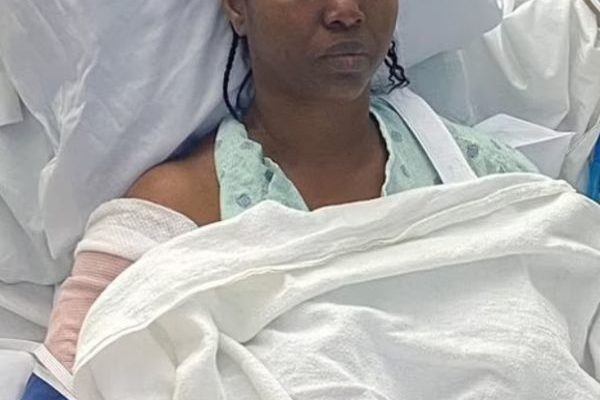 The injured wife of Haiti's assassinated President Jovenel Moïse has shared photos of herself in her hospital bed, saying she is still in disbelief that her husband was killed right in front of her.

Martine Moïse tweeted two photos of herself in her Miami hospital bed on Thursday after she was evacuated from Haiti for further treatment following the July 7 assassination of her husband.

The 47-year-old, who had bandages covering her entire right arm, wrote alongside the photos that the pain of losing her husband of 25 years 'will never pass'.