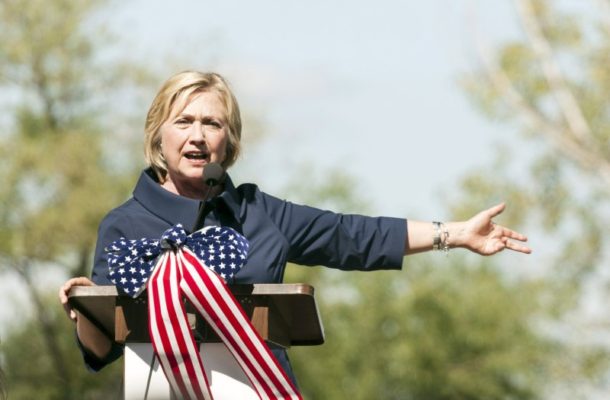 Democratic presidential nominee Hillary Clinton caused an uproar late Friday after telling a fundraiser audience that half of Republican nominee Donald Trump's supporters could be described as part of a "basket of deplorables."

The former secretary of state, who described her own remarks as "grossly generalistic", said Trump had bolstered people who are "racist, sexist, homophobic, xenophobic, Islamophobic, you name it." She did add that Trump's other supporters are frustrated by hard times and merit sympathy.

"They are just desparate for change," Clinton said. "They don't buy everything [Trump] says, but he seems to hold out some hope that their lives will be different.

Clinton was speaking at an LGBT fundraiser in New York City, where she encouraged supporters to "stage an intervention" if they have friends considering voting for the Republican nominee.

"That may be one conversion therapy I'd endorse," said Clinton, referring to a type of counseling designed to urge gay, lesbian, bisexual or transgender children to change their sexual orientation. The Democratic nominee later clarified that she wants to end the practice.

Singer Barbra Streisand, who performed at the fundraiser, altered the lyrics of the Stephen Sondheim song "Send In The Clowns" to mock Trump, referring to the real estate mogul as a "sad, vulgar clown."