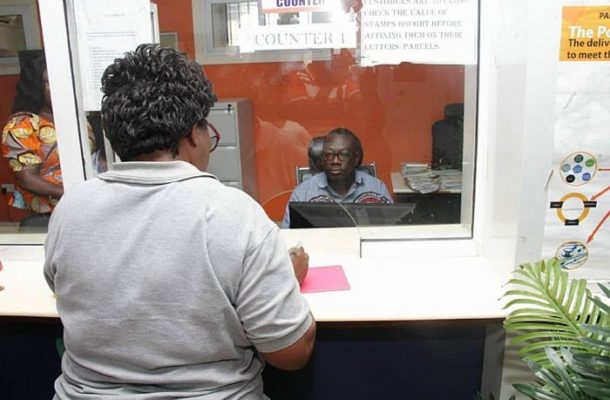 As expected, the banks, investment institutions and the telecoms that need our custom most bombarded us with assurances through text messages.

But the delightful, bold and perhaps the timely customer assurance I personally tasted at the very beginning of the week came from the CEO of Ghana Incorporated, Nana Addo Dankwa Akufo-Addo.

The previous week, Comprehensive Sexuality Education (CSE), coming from nowhere, suddenly descended on us, running amok on all media channels including social media. The discussion was central in homes, in schools, in churches and mosques, at work, in commercial vehicles and among friends.

There were so many versions of CSE one was hearing. There clearly were some informed but many more misinformed discussions that drummed one’s ears.

With the angle some of the discussions took, ambiguities and cunning additions, including same sex relationships and others were thrown in. It needed discerning hearts and minds to sense a clear social deception agenda in the air.

Some of the arguments portrayed deliberate engineering of opinions around a certain deception. They thus took everyone on a roller-skater until the discussion became somewhat accepted.

Admittedly, I personally got confused at a stage watching and listening to all the theories and conspiracies that were being thrown around.

My confusion stemmed from the fact that the whole issue of sexuality and awareness was nothing new in our culture as is found for example in puberty rites such as ‘Dipo’ and ‘Bragro’, where young teenage girls are ‘outdoored’ partially naked in their communities purportedly to introduce them as being of age.

The conspirators fought hard to put their opinion out there, making everyone believe that CSE was a colonial imposition being forced on our educational system. Some even argued that Ghana’s Ministry of Education had secretly gone and collected funding of some sort from a foreign body to smuggle this through the backdoor and into our educational system.

We heard some swearing to resist the supposed CSE imposition and if it became operational, withdraw their children from school because it was going to perpetrate promiscuity in our children from a very early age.

Nonetheless, as the myths and misconceptions around the CSE discussion moved into fast gear, almost becoming like an acceptance with threats to the Ministry of Education and the government, Mr President, CEO of Ghana Incorporated, scheduled a face to face meeting.

With a cross section of religious leaders as his primary target, he set the position of government straight. He came in with his customer service hat on at the beginning of a World Customer Service Week celebration to inform shareholders about his Incorporation’s position on CSE, a discussion that had sent ripples in communities.

In his characteristic mode of boldness and confidence, he spoke to allay the fears of religious leaders leading the flock and indirectly, that of parents, traditional leaders, the educational fraternity and any concerned Ghanaian. For the duration of his customer assurance address, his tone of voice, body language and posturing said it all, plus the message was succinct and to the point.

The President succeeded in winning our custom by reassuring stakeholders that the CSE brouhaha was a much-ado-about-nothing.

He went to the meeting wearing a white shirt, a colour that signifies purity and with seeming purity of heart, he assured us that as long as the cabinet he supervises had not okayed CSE in our schools, it was not going to happen.

He said, “It can never happen that I, as President of the Republic of Ghana, will sit and allow inappropriate material to be introduced to our kids … so be rest assured that as long as I remain President, it will not happen,”he added, “This is the assurance I bring forth to you this afternoon”.

Mr President, it is based on this bold customer assurance to stakeholders of Ghana Incorporated that one would like to applaud you for setting hearts at rest with a timely clarification.

As a believer in the saying, “if we displease you tell us and if we please you, tell others”, I join some satisfied customers of Ghana Incorporated to tell it to the world that CSE will not happen in Ghana schools under the leadership of the current President and CEO. We applaud, sir.