Have you been able to investigate J.B Danquah's death? - A Plus asks Pius Hadzide 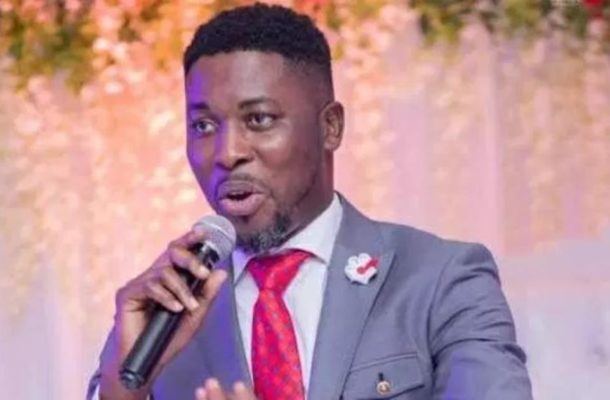 Founder of The People's Project (TPP), Kwame Asare Obeng, popularly known as A Plus, has reacted to government's claims of thoroughly investigating the death of former President of Ghana, Prof. John Evans Atta Mills.

Deputy Information Minister, Pius Enam Hadzide in a recent interview on Okay FM indicated government will soon begin investigations into what caused the death of the ex-Ghana leader.

This was after the flagbearer of the opposition National Democratic Congress (NDC), John Dramani Mahama, dragged NPP's Kwame Baffoe a.k.a Abronye DC to the Police CID for accusing him [JM] of killing Prof. Mills, his predecessor.

While speaking on the Accra based radio station, Pius Enam Hadzidze assured Ghanaians that government is keen on investigating the matter to end the brouhaha on who and what killed Atta Mills.

"...Currently, the lawyers of the former President have written to the CID that they are being accused, which shows Mahama even wants an investigation. When this matter is investigated, that is how we can bring finality to the matter.

"...Why I think there should be an investigation is because one, he is a citizen and secondly, he was a sitting President and so Ghanaians are entitled to an explanation into the death so that if there was any mistake made, we can learn from them and prevent the recurrence of something like this", Pius Hadzide said.

But in response to Hadzide's comments, A Plus asked whether his government has done enough to investigate the cause of the death of their own party member, the former Abuakwa North MP, Joseph Boakye Danquah Adu.

"...Have you been able to get to the bottom of your own party member, JB Dankwa's death?", he rhetorically quizzed.

On 9 February 2016, he was stabbed dead in the early hours of the morning.  Subsequently, the police arrested a man for the murder.

The man, Daniel Asiedu, later confessed to killing the MP, in a struggle as he tried to rob him, and has since been charged with murder.