He was more than an artiste I managed, he was family - KOD mourns Kofi B 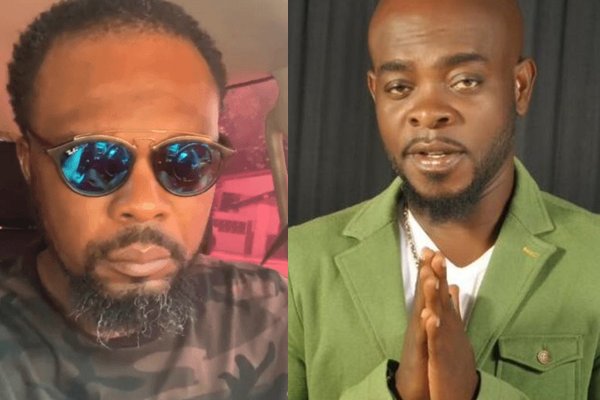 Radio presenter KOD has taken to social media to express his sadness in losing his “brother” and “friend”, Kofi B over the weekend.

The fashionista who previously managed the late Highlife star before he became household name, said the artiste’s passing has been a big blow to him and the music fraternity.

“I didn't think he’d go so young...I’m truly sad,” he said, in a video posted on his Instagram handle.

Highlife musician Kofi Boakye Yiadom known in showbiz circles as Kofi B died on Sunday, a few hours to his performance at a concert in Cape Coast in the Central region.

The ‘Mmobrowa’ singer according to colleague musician Kofi Nti, started complaining of chest pains and unusual heartbeat as he prepared to perform on Sunday evening.

KOD stated that he had to call other musicians Ofori Amponsah to be certain if the news of Kofi B’s death was true.

“That’s one of my boys, one of the musicians I managed and he just kicked the bucket. May he rest in peace. Amen,” he added.

He captioned his post, “Kofi B was more than a musician I managed, he was family to me.”