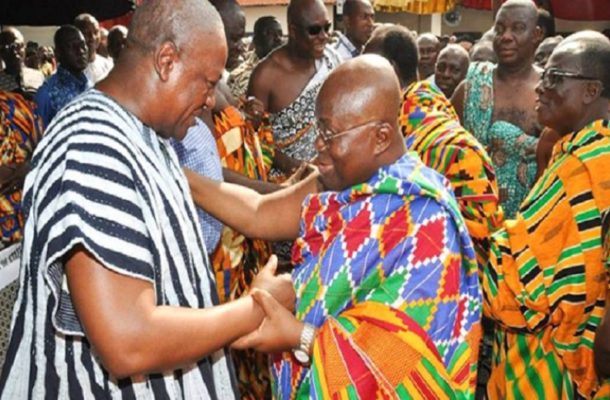 NPP stalwart Dr Arthur Kennedy has added his voice to growing calls by a section of well-meaning Ghanaians for the health status of presidential candidates to be checked prior to elections.He said there are countless instances across the world where presidents have been unable to function in their full capacity because of their failing ailment.According to him, the issue of Nana Addo’s health should not be brushed aside using politics because of Ghana’s recent past with the late president John Mills.Dr Kennedy, who is also a US-based Ghanaian medical practitioner, posted on his Facebook wall and said: “As a nation which has suffered a Presidential death, we need to ensure that while we trust Presidents when they claim to be in good health, we verify that in fact they are in good health. This, must apply to Presidential candidates as well. For the avoidance of doubt, I do not wish to imply that one needs to be in perfect health to be President.”He added: “I believe that each President should have an annual exam done jointly by his physician and another designated by the chief physician of 37 Military hospital. After this, the two shall issue a statement affirming that the President is in good health or otherwise. This same procedure can be modified for Presidential candidates. Within a month of filing their nomination papers, they must have an exam by a Ghanaian physician who shall affirm that the candidate is of sound physical, mental and social health and fit for the rigours of the Presidency. Neither of these should involve making the medical records public.”His comment follows a publication in Monday’s edition of Africa Watch magazine claiming that the flagbearer of the NPP, Akufo-Addo, had been diagnosed with cancer among other ailments since 2013.But the NPP flag bearer, citing a litany of claims made against him in the past during his ongoing tour of the Upper East region, dismissed the latest allegation, saying “....now they say I have cancer; it will not work!”But Dr. Kennedy believes the back and forth allegations as to who is behind the publication is unnecessary and that the issue should go beyond the source of the publication and focus on the veracity or otherwise of the claims. He advised politicians to put the interest of the country over and above theirs.“Finally, regardless of the rules, we must rely on the hope that those who seek the highest office have the highest ethics and will put the public interest above their ambitions and private interests. Then they can look at themselves and say, "If healthy, I will be a great President but in failing health, I must pass up the Presidency so that Ghana can have a President who will not be distracted by his health and infirmities,” he added.