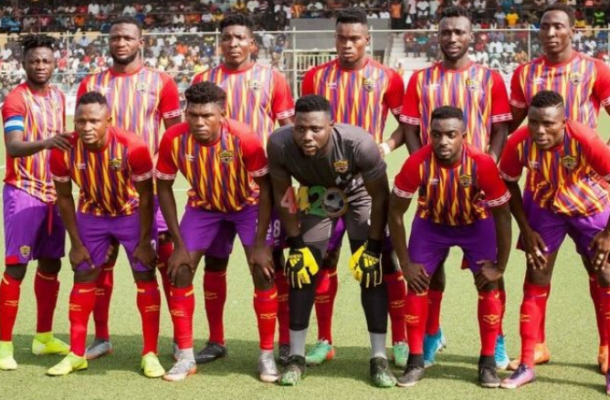 Ghana Premier League giants Accra Hearts of Oak have confirmed that U-15 coach Samuel Nii Noi will lead the team out for their match day 15 clash against Ebusua Dwarfs at the Accra Sports Stadium following the resignation of Kostadin Papic.

The Serbian coach tendered in his resignation letter last Monday after initially joining the club on a supposed two year contract.

Papic cited gross interference from the club's top hierarchy in his job as reasons for his decision to resign from his post.

The 60 year old gaffer is the last man to have won the Ghana Premier League title for the phobians in 2009 and was tipped to repeat the trick but left even before the season could end.

He took over the reigns of the club from interim coach Edward Nii Odoom in November 2020 and presided over ten matches as coach wining four of them, drawing three and losing three.

Papic lasted just 73 days at Hearts and has now joined South African club Black Leopards where he will take over as technical manager.

The club also confirmed that long serving team manager Nii Saban Quaye is on a two week medical leave and in his place former defender Ben Adjei will act in his absence. 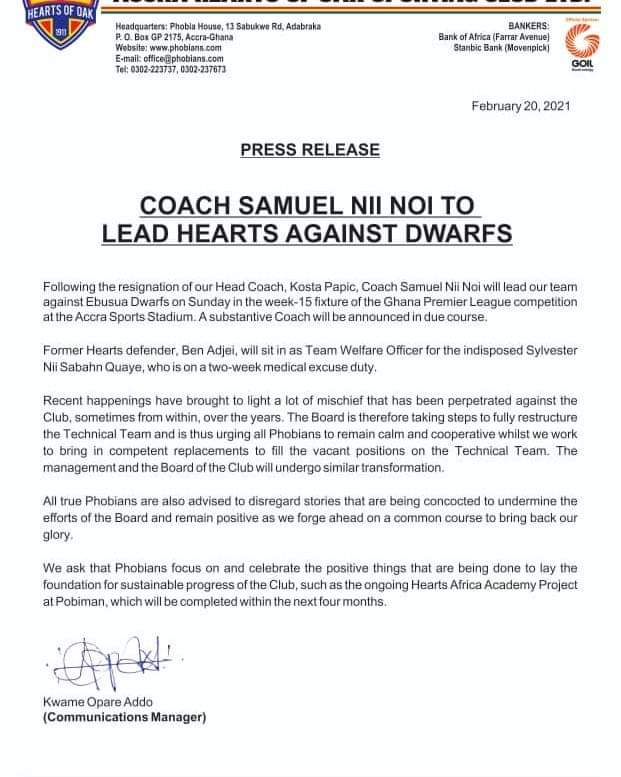