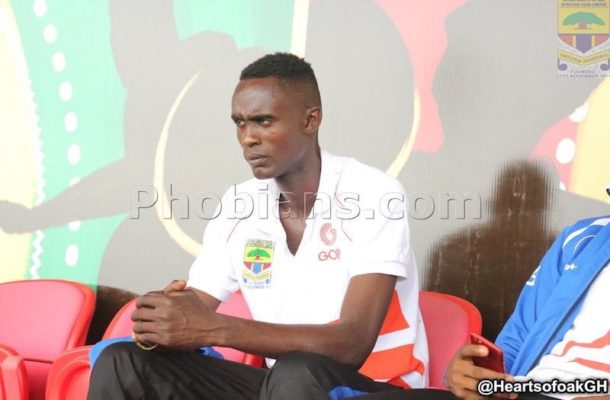 Accra Hearts of Oak have been handed a massive boost following the arrival of Camara Nguessan's International Transfer Certificate (ITC).

The Ivorian import has not been able to feature for Hearts in the league due to a delay in the arrival of his ITC. But he has been cleared now and will be able to play when Hearts host WAFA at the Babayara Sports Stadium next Wednesday.

Camara excelled for Hearts during preseason, starring in the matches with Dreams and Vision FC, but he has had to wait to feature in the league due to paperwork.

But the waiting is over for the lanky Ivorian midfielder after the arrival of his ITC this week.

Camara featured for Hearts in a friendly game with Kaakyire FC over the weekend against Kaakyire FC in Nkawkaw.

The former Sunshine Stars midfielder's availability for selection is a welcome boost for the Hearts technical team who would be missing the services of Aminu Alhassan through suspension for the accumulation of three yellow cards.