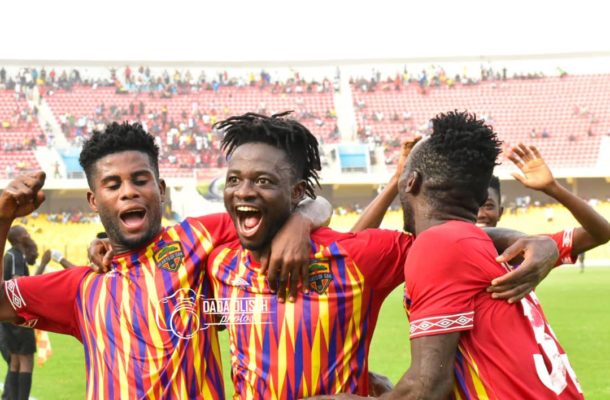 Accra Hearts of Oak and Eleven Wonders will be in point-losing troubles if found guilty of fielding unqualified players in their recent league matches, the Ghana FA has warned.

The two clubs are the latest to be entangled in allegations of fielding of fielding of  suspended players in their league games, and the FA has taken the matter up.

It has indicated  it is going to refer the two teams to its Disciplinary Committee to look into the matter, for which if found guilty, will attract point deductions.

The federation says it will report the two clubs and any other offending clubs to the Disciplinary Committee if they are found to have fielded suspended players in their matches.

Hearts of Oak is alleged to have fielded midfielder Emmanuel Nettey in their week 12 encounter with Elmina Sharks, a match record shows he was ineligible to play. And Eleven wonders, on similar offense, fielded Zakaria Abdul Mugeese against  Legon Cities.

The heart-breaking warning issued by the FA sends shivers down the spines of the two clubs, who risk losing six points if found guilty under the new rule.

While in the previous laws of the Ghana FA a protest should have been filed within 24 hours to warrant such punishment on offending clubs but the new law mandates the Ghana FA to take action even when a protest is not filed.

This comes after Ghanasoccernet.com earth shattering revelation that Hearts and Wonders are among several clubs to have fielded unqualified players in the Ghana premier League.

Now with pressure mounting following the decision to dock Medeama six points for a similar offence, the GFA has told offending clubs that the law requires them to action without a report.

"The Ghana Football Association (GFA) wishes to remind all League Clubs (Premier League, Division One League and Women’s League) that as stated in the Disciplinary Code, any club which uses unqualified player in any match will be referred to the Disciplinary Committee once the GFA discovers the infraction." the GFA said in a statement on Thursday night.

"Consequently, the GFA wishes to assure all participants and stakeholders of the game that GFA will comply with its rules and refer all such clubs to the Disciplinary Committee for the appropriate action to be taken."

By the new regulation of the federation, the GFA is bound by it's own laws which means it must act on the report to deduct Hearts of Oak SIX POINTS of they are found guilty of fielding an unqualified player.

In accordance with 33(1)(e) and 33 (2) of the Premier League Regulations, Hearts will lose the match and accordingly, three(3) points and three (3) goals awarded Elmina Sharks.

Hearts will further lose three (3) points from its accumulated 21 points from previous matches in accordance with Article 33(5)(a) of the Premier League Regulations.

This will leave them with 15 points and see them drop to 15th position.

Eleven Wonders will drop to the 16th position in the 18-team league and their points haul will reduce from 19 to 13 points if they are also found guilt of fielding Abdul Mugeese.

These are second and third clubs to have been revealed to have played an unqualified player after Medeama were docked six points for the same offence.

The decision to field Nettey and Mugeese is in sharp contrast to the controversial amended regulations of the Ghana FA which clearly stipulates that “cautions received during one competition are not carried over another competition''.

This situation is likely to throw the season into further chaos with a litany of legal battles looming.

The new article appears to be a clear departure and a practice in contradiction to the status quo.

Critics says the new stipulation appears to elevate the Executive Council to the level of congress for no apparent reason as many football aficionados have vowed to ensure the authority of congress is jealously guarded.