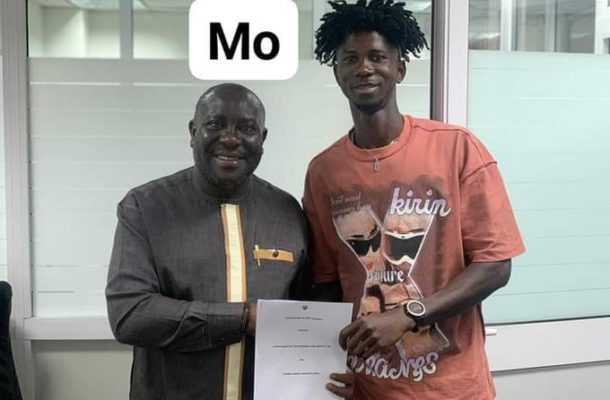 Accra Hearts of Oak has finally signed WAFA center-back Konadu Yiadom after being linked to the club for several transfer windows.

He has signed a three-year contract for Accra Hearts of Oak after agreeing on personal terms with the central defender.

The player had been penciled to join Hearts of Oak but talks stalled as the phobians had to fight off a late swoop from Asante Kotoko who nearly snatched the defender at the eleventh hour but Hearts did all within their power to get their man.

Despite WAFA suffering relegation last season he was among the bright spots in the team as he made 31 appearances scoring two goals.

He is a member of the Black Galaxies team and helped Ghana beat Benin in the first preliminary round game.