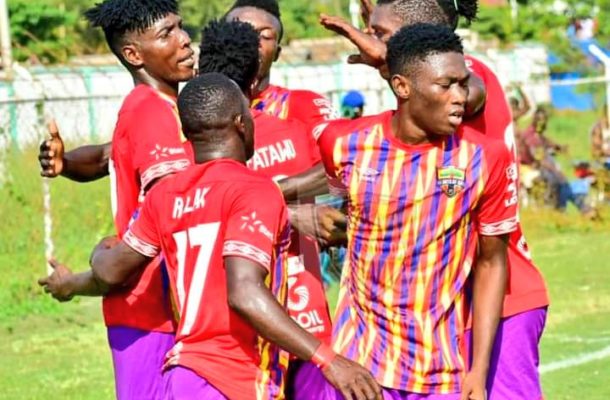 High flying Ghana Premier League side, Accra Hearts of Oak have been handed a crushing blow as they will be without some six key players over the weekend when they face Elmina Sharks.

Elmina Sharks will play host to Accra Hearts of Oak at the Nduom Sports Complex in a match day eight fixture on Sunday.

Long term absentee, Emmanuel Nettey still remains a doubt for the game while midfield trio of Abdul Aziz Nurudeen, Abdoulrahmane Mamane Lawali and Isaac Mensah will all miss out due to injury concerns.

Striker Kwadwo Obeng Junior will not be fit in time for the Elmina Sharks match after suffering a groin injury but he is on his way to regaining his fitness.

Resurgent Michelle Sarpong who sustained a hamstring injury in their recent game has been ruled out of action for at least the next two weeks.

The Serbian trainer will have to ring changes to his squad with key players in the team injured for the Elmina Sharks trip.

Coach Kosta Papic will have to rely on youngster Manaf Umar Gumah to augment his midfield with the likes of Frederick Ansah Botchway and Benjamin Afutu expected to retain their place in midfield.

In attack, Hearts will depend on the pacy Patrick Razak who is likely to team up with Daniel Afriyie Barnie and inform Victor Aidoo.


Hearts will be hoping to continue their rich vein of form after trashing Bechem United 6-1 last weekend.