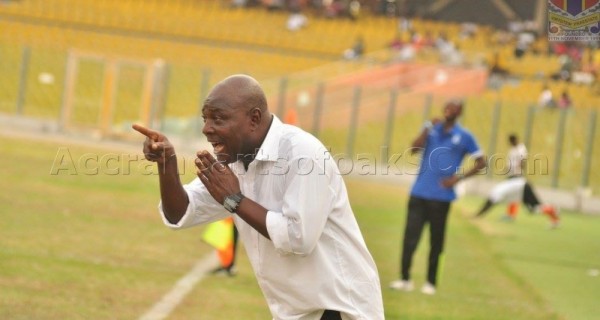 Head coach of Accra Hearts of Oak Henry Wellington has accepted full responsibility for his side’s  2-1 defeat at the hands of Elmina Sharks on Saturday in the ongoing Ghana Premier League.

The Phobians came into the matchday seven fixture as heavy favorites following their 3-1 drubbing of WA All Stars in midweek but were subdued by a revived Elmina Sharks side.

The visitors took advantage of an underwhelming first half display by Hearts of Oak to go to 2-0 up courtesy of goals from Felix Addo and Obeng Crenstil.

Coach Henry Wellington made two substitutions at the break which almost turned the game around with Malik Akowuah and Winful Cobinnah coming on in place of Samudeen and Selasie.

Infact it was one of the substitutes, Akowuah who grabbed the consolation goal with a well drilled shot from distance.

Speaking to reporters after the game, Henry Wellington lamented his poor tactics in the opening 45minutes which according to him cost them the game.

"I think it's a very painful match. We lost in the first half... our tactics didn't work.."