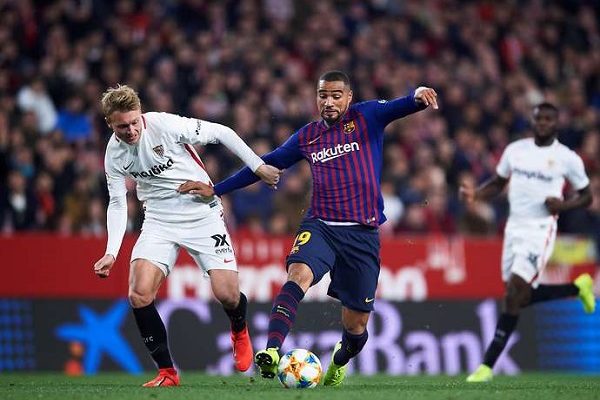 Kevin-Prince Boateng made his Barcelona debut as his side fell to a 2-0 defeat against Sevilla in the quarter-final of the Copa del Rey first leg on Wednesday night.

With Messi rested, Boateng was given the nod by coach Ernesto Valverde but he was replaced by Luis Suarez in the second half.

And Wissam Ben Yedder slid in at the back post following Ever Banega's deflected shot to double their lead.

Below is the highlights of the Ghanaian international in his first outing for the Catalan club: