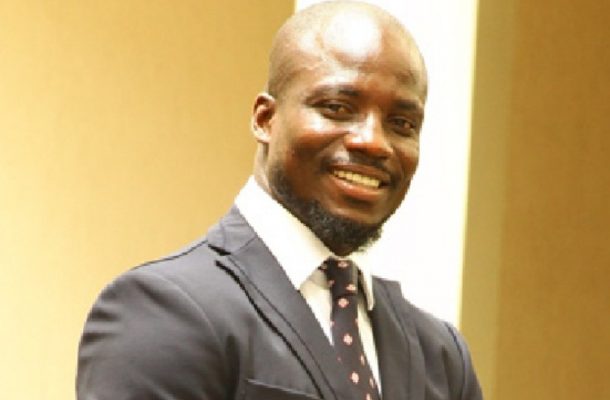 King Promise is a fast rising Ghanaian recording artiste who has taken the country by storm in 2017 with songs such as 'Oh Yeah', 'Hey Sexy' and 'Selfish'.

Appiah, who is apparently a huge fan of the artiste decided to record a video of himself singing along to the hit song and social media users are having a field day as the Capitino was getting the words of the song wrong while he was passionately singing along to it in his car.

His sing along session to the hit song will leave you in stitches.

Here is the video below:

Some hilarious tweets below;

Stephen Appiah really thought he was killing it. like he was jamming. he was free on the Promi platform. mood for 2018 ngl.
— kukibella (@gothichadassah) January 4, 2018

If this is Stephen Appiah’s version I can’t wait for Langabel’s version ?
— Maame Yaa (@darkowaa_y) January 5, 2018

If Stephen Appiah is doing this to Oh yeah then Selfish dier hmm
— ? (@pearl_batista) January 5, 2018

You should aim to be at the very least, Stephen Appiah's level of happiness in that video he made.
— Weffrey Jellington (@jeffwellz) January 5, 2018

The way Stephen Appiah has made me happy er i think he’s my new crush whaaaaaatttttttttt
— Argh yeah oh yo!! (@agyeiwaaaaaa) January 4, 2018

Oh Stephen Appiah spoilbody herh??
The song is in twi still he no see top oh how
— SaeedIssahaque (@_Saeedi_) January 2, 2018