“His wife wasn’t satisfying him, so I decided to help her” - Maid tells court 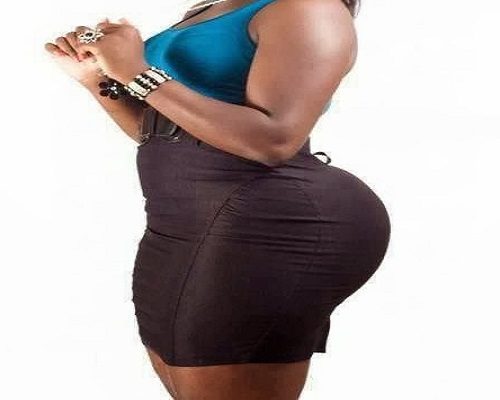 A 28-year-old maidservant accused of stealing a huge sum of money from her male employer stunned court attendees, when she claimed she had been paid for her nonpareil sexual services, and that she did not steal the money.

Ruth Khaecha, who worked as a house-help for Nairobi businessman Paul Kanyi Mwangi, said the tycoon put Ksh800, 000 on her breasts after she offered him unrivalled intimacy on January 15 this year.

The sexual intercourse, she said, happened at Kanyi’s home in Balozi Estate, Muthaiga North in Nairobi.

The court heard that after making away with the cash, the suspect travelled to her father’s home in Kakamega. The accused allegedly used the money to buy a parcel of land in Kakamega.

She also used the money to acquire two motorcycles and a solar panel, which she gifted her father, Solomon Bwoya.

Denying the theft charge, Khaecha told the court that Kanyi enjoyed her sexual services and found it necessary to reward her with Ksh800, 000.

The suspect told the court that on the material day, Kanyi arrived home carrying nine envelopes.

“He invited me to his bedroom to help him arrange the envelopes in his wardrobe,” said Khaecha.

“All through, I did not know what the envelopes contained, though I suspected there was money in them. I knew a man’s weakness. As we were arranging the envelopes in the wardrobe, he started caressing me, telling he had carried money in the wrappers. I removed the contents in one of the sleeves, and confirmed that it was true he had money in them,” said Khaecha.

“It was not the first time Kanyi and I were having sex. This time around, I decided to give him excellent service, knowing too well the reward he will offer me will be life-changing for my children and I. When we were done having sex, he placed Ksh800, 000 on my breasts,” she said.

The suspect told the court that she began her secret affair with Kanyi the moment she was employed as a nanny in Kanyi’s home in October 2018.

Khaecha told Makadara Chief Magistrate, Heston Nyaga, that she realised Kanyi’s wife was not satisfying him in bed the moment he started making sexual advances at her.

“I decided to help her [Kanyi’s wife] satisfy his man, and, in the process, I get money to provide for my children,” she said.

State Prosecutor Shadrack Otuke asked Khaecha whether she did not feel any guilt that her actions would lead to the end of Kanyi’s marriage.

“I did what any person would do when such an opportunity comes knocking,” she said.

“I suffered a lot while growing up after my mother died. I wouldn’t want my children to experience the hardships I went through. So, I had to do what I could to change our lives,” said Khaecha.

The accused told the court that after receiving the envelope that contained money, she kept it in a bag in her bedroom, and only counted the notes when she arrived at her parents’ home in Kakamega.

Khaecha told the court that she had worked as Mr and Mrs Kanyi’s house-help for two-and-a-half months on a Ksh6, 500 monthly salary.

She said she was forced to terminate her services in early January 2019 after Kanyi’s wife grew suspicious of their affair.

Denying claims that he had paid Khaecha for sex, Kanyi told the magistrate that while at work on January 15, he received a phone call from the watchman at the estate informing him that Khaecha had left.

“I rushed home, searched where I had kept my money, and found it was missing. Khaecha was nowhere to be seen, and my phone calls to her weren’t going through,” said Kanyi.

The businessman said he, thereafter, filed a report at Muthaiga Police Station.

The suspect was traced to her rural home.

“I was shocked mid-January this year seeing Kanyi arrive at my parents’ home accompanied by several people. Of course, I had earlier told him where I hail from in Kakamega. I gave him the money that was left — Ksh70, 000. I had no issue returning it, given he gave me the cash willingly,” said Khaecha.

Makadara Chief Magistrate Heston Nyaga said he will rule on the matter on November 22.