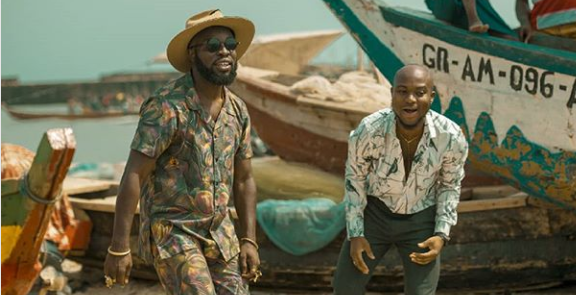 Award winning Talented Ghanaian rapper, M.anifest, has made history with his newly released video to his hit single, ‘Me Ne Woa’ which features singer, King Promise.

The video of ‘Me Ne Woa’ which was released via YouTube on March 29,2018 made an historic entrance into Tidal’s Top 20 Global music videos and hit the number one spot curated by staff  yesterday March 5, 2018.

The video since it’s release has had positive ratings and reviews by fans and industry players.

Meanwhile, M.anifest is scheduled to joined world acclaimed international music artistes who will be performing on the main stage in Surfers Paradise at the 2018 Commonwealth games in Australia.

He will be part of the Fresh Voices of the Commonwealth performance, a night of hip-hop, ska rhythms and hauntingly beautiful voices on Friday, April 6.