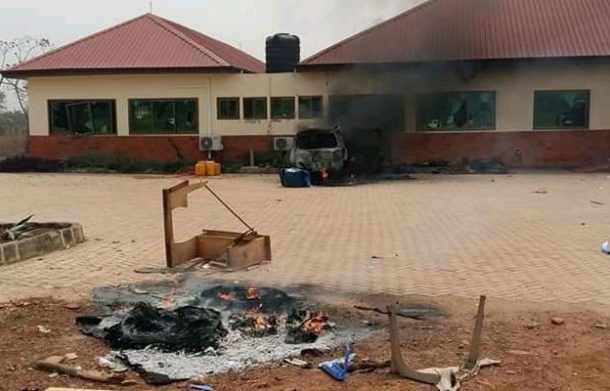 Armed police officers have been deployed to Dzolo-Gbogame in Ghana’s Volta Region, following an attack by irate youth on the Ho West District Assembly Wednesday morning.

This was after a vehicle belonging to the assembly knocked and killed a resident during a revenue mobilisation exercise, Voltaonlinegh reported.

Images widely shared on social media saw a burnt car at the premises of the assembly which looked deserted by the staff as the youth chased them out of their offices.

It is not immediately clear whether the District Chief Executive, Ernest Victor Apau, who doubles as the District Security Council Chairman was there at the time the incident happened.

It is gathered that a number of properties including gadgets and vehicles belonging to reporters have been destroyed in the process. 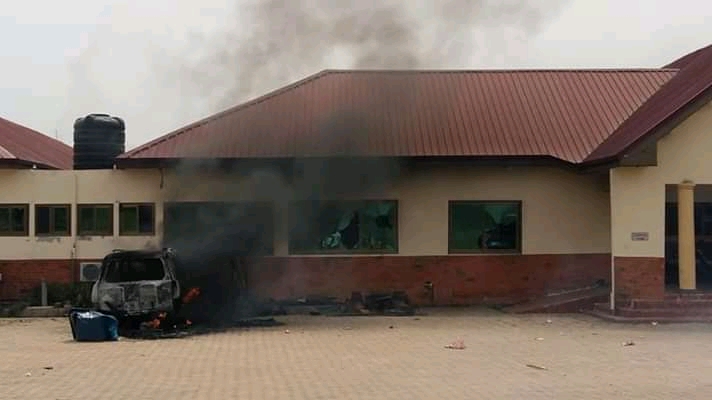 The Volta Regional Police Command which confirmed the incident to Dailymailgh was yet to give an official account to the media at the time of filing this report.