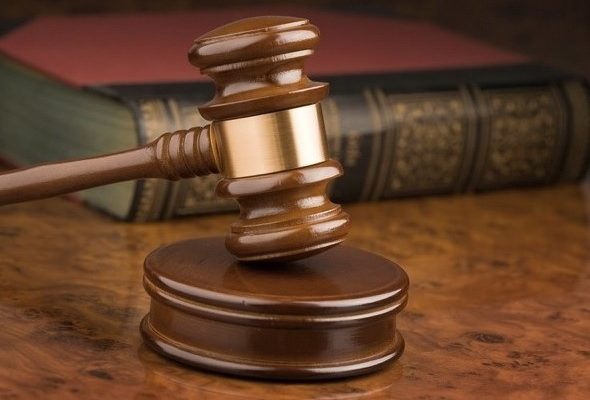 An Accra Circuit Court has sentenced a 23-year-old house girl to a fine of GH¢12,000 for stealing her master's pistol with 15 rounds of ammunition.

The convict, Shelter Fiagbor, will in default serve five months in prison.

Meanwhile, Fiagbor's accomplice, Charles Serwonu, a driver and gardener, is on the run.

Fiagbor was convicted after a full trial by the court, presided over by Mrs Evelyn Asamoah.

The two were charged with conspiracy to commit crime and stealing.

The facts as presented by the prosecutor, Inspector B. Benneh, were that Fiagbor and Serwonu were both employed by the complainant, Mr Narinderpal Singh Sethi, the Managing Director (MD) of STEELCO, in Tema, as a house girl and a gardener respectively.

Inspector Benneh told the court that Fiagbor and Serwonu were residents of Ashaiman but later moved to live with Mr Sethi in his house at Roman Ridge in Accra.

The prosecutor said the two lived in separate rooms and it was only Fiagbor who had access to the complainant's bedroom.

The prosecutor said when Mr Sethi arrived home, the two accused persons had abandoned the house.

At night time when Mr Sethi did his regular night checks, he realised that his HK P30 pistol with 15 rounds of nine-millimetre ammunition valued at GHS13,550 had gone missing.

Police Inspector Benneh said Mr Sethi lodged a complaint at the Kotobabi Police Station on September 2, 2019, as both Fiagbor and Serwonu could not be traced at their residences in Ashaiman.

He said Fiagbor was later arrested at Agbozume in the Volta Region but she denied knowledge of the stolen pistol in her statement to the Police and was, therefore, granted police enquiry bail.

The prosecutor said while the police were making efforts to trace and arrest Sewornu, Fiagbor rang the police with information that Serwonu who was at large had promised to return the pistol to the police.

On September 17, 2019, Inspector Benneh said Fiagbor rang the police again to say that she had found the pistol in Serwonu's room and so the police proceeded to retrieve the gun.