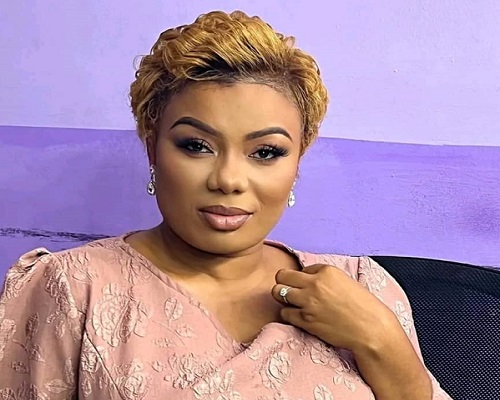 Broadcaster Bridget Otoo would have had a medical issue a few days ago while driving down the Kpone stretch in Accra if not for the benevolence of a Senior High School dropout.

Bridget Otoo claims that she immediately noticed something was wrong with her body while she was on her way home.

In her detailed account of what transpired on Facebook, she explained that she felt ill behind the wheel, which caused her body to start losing water.

She did, however, mention that the incident occurred at a time when she did not have any actual cash on her to buy water to avert the crisis other than what was still in her mobile money account.

She claimed that she could not ask for water from the hawkers out of shame because she feared that they could not understand why she would want to spend GHC2 with momo for something that cost only that much.

Bridget Otoo said that as her health worsened, she was forced to call a young woman whose name she gave as Portia. Portia reportedly handed her a free bottle of water, which Bridget Otoo claims prevented the unanticipated illness that had suddenly struck her on the road.

"I began to dehydrate more, I had passed at least 4 bottle water sellers on the kpone stretch, then I saw this young lady, I whispered that I wanted water and can only pay via momo. She declined the momo and gave me the water when she saw the state I was in," portions of her read.

She narrated that after consuming the water and washing her face with part of it, she took some time to relax and started to feel better. She claimed that Portia's kindness allowed her to drive home that day.

According to Bridget Otoo, despite Portia's refusal to sell her the water, she obtained her phone number so that she could thank her the following morning. She said that she later became aware of her high school dropout.

The well-known TV anchor claims that since then, she has interacted with Portia frequently and hopes to make a difference in her life as a way to express her thanks to her for saving her.

I fell sick while driving home a few days ago and needed water, I had no physical cash on me except momo. I was also embarrassed to ask those in traffic, I mean who would take momo for just 2 cedis water? I began to dehydrate more, I had passed at least 4 bottle water sellers on the kpone stretch, then I saw this young lady, I whispered that I wanted water and can only pay via momo. She declined the momo and gave me the water when she saw the state I was in. I drank the water, washed my face and rested a bit. She didn’t want me to pay, I insisted on taking her number to thank her later… I drove off thanking God and thinking how this girl saved me in ways she would never know. I called her next morning to thank her and went ahead to send her momo to show just how grateful I am. she called back, shocked and happy. We had a long conversation and I discovered she’s an SHS drop out, she’s agreed to meet me to talk and I honestly can’t wait to see where this goes, I hope I can also make an impact in her life. The people with the least can be so kind. I’m grateful to Portia.