How to be a good support player in Dota 2

A support player in Dota 2 must have specific skills to master the role. Do you know how to become a support player? Keep reading to learn more! 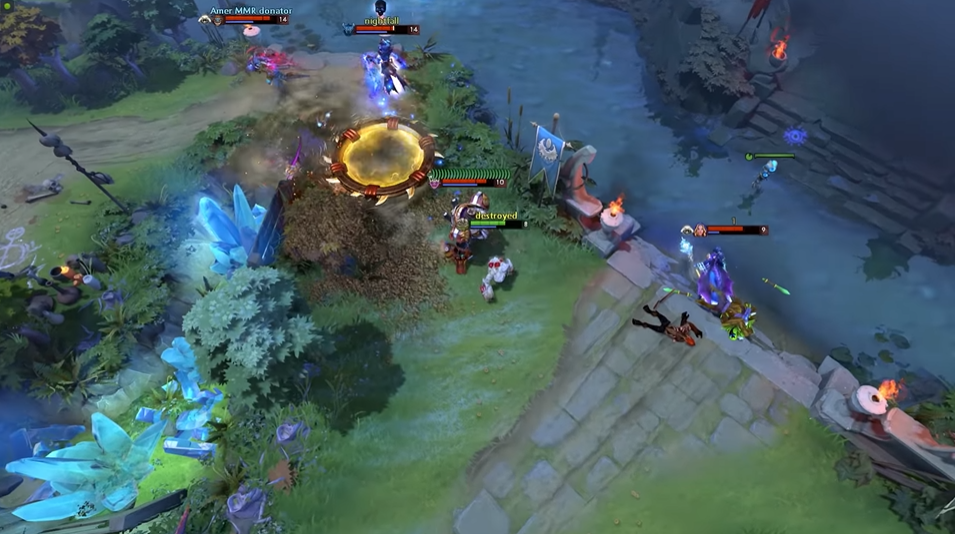 You might know that Dota 2 rules are simple. Two teams fight against each other, ending in a win for one. But the winning team is successful only if each team member knows their role. One unique role in Dota 2 is as a support player. It is a unique and challenging role in Dota 2. It is a beneficial role for the teammates in the game.


Each player has a strategy and actions attached with the specific role in Dota 2. As a support player, you will make your teammates comfortable from the start until the game ends. You will have to make a heap in the jungle camp, harass rivals, distribute, and set up consumables like wards or health banks. You have to support your team in winning in whatever way you can.

Look at the map's crucial parts


A support player in Dota 2 has to purchase wards and know where to keep an eye on the map. A part of the game depends on where a team needs to control on the map. The support player must place a ward in the surrounding areas to strengthen the team’s position. Failing to do so will result in enemies coming in suddenly on the core heroes. It will eventually result in a loss for the team.

Use Smoke of Deceit


The smoke of Deceit enables a team to go invisible for a particular duration. The opposite team's observer or sentry wards cannot detect invisibility. It will break only as the period ends. The advantage of the smoke of deceit is that it allows the players to catch the rival team off-guard and gain some advantage.

The support player is the one who knows the appropriate time of using the smoke of deceit. Mastering and utilizing it can turn the game into a victory for the team.

Provide back-up to your carry


Support players customize their game style based on other teammates’ playstyles. Support has to create opportunities to help other players grow in their role and farm necessary items. You cannot take away gold and experience from your mid laner or carry. They need it more in the first 20-30 minutes of the game. Many carry characters require backup as they cannot face the enemies alone. So, try to baby-sit your carry initially in the game.


Pulling neutral camps is a part of Dota 2. It is a simple way that supports players to control lane equilibrium and provide gold for themselves. It is best for the support players to prevent rivals from pulling creeps as it is an easy option in Dota 2.

Managing neutral camps also includes stacking camps on the map, which is on your side. As a support player, you can generate a massive impact in the game with good rotations by stacking your camps and blocking the enemy's camps.


Dota 2 players prefer to stay in the lane for a long time and farm as many creeps as they can. However, an enemy can impede or stop the farming process by harassing. The support players buy one or two different salves to help their core farm in such a problematic lane.  Though it is an expensive investment on the support side, it will pay throughout the game.


Being a support player, you are not always busy in the whole game farming for items. It allows you to understand the surroundings better and take advantage of the situation. Here, you can call on what step to take in the game next. You can plan to continually harass the enemy by non-stop attacking and stealing the runes.


Dota 2 is a competitive game that is popular among players. The game has simple rules with complex mechanisms. A support player plays a critical role in Dota 2 that helps the team win. The above tips will help you become a support hero for your team and guarantee a win.