How to make great conversation 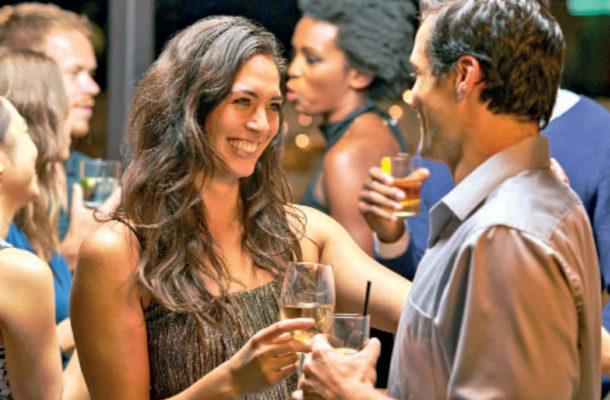 Just being active on social media sites doesn’t increase your social captial. We all engage with multiple people on different levels every day. We have to know how to make pleasant conversations. Knowing how to converse is a dying art yet crucial for our success in the world. How does one go about it? A great start is to be open-minded and listen when someone is talking. The ability to move up, down, and sideways through social networks is an important life skill, especially when it comes to maintaining relationships, or even a job. Here are some cues...

Open-ended questions When you are at a party or dinner, show interest in what others think and believe by asking open-ended questions – ones which start with who, what, when, where and how. People like it when we’re interested in them. Says body language expert Pria Warrick, “When the other person is answering, weave it into your next query. A trap many people fall into is answering other people’s questions incompletely. That’s a conversation killer. The best way to hold the other person’s attention is to make sure there’s plenty of self-expression in your talk. Introduce people A preferral can immediately increase your social capital. It means introducing two people who may have something of interest in common. A research conducted by LinkedIn reported, 85% of jobs are filled as a result of networking, not traditional methods.

Do some real talking. Says etiquette expert Jaspreet Kaur, “Don’t engage in long text conversations with anyone. Or video call meetings – these won’t make any impressions. Building your social capital is about making bonds, building bridges and linkages.” These are connections that help you socially.

Try some honest, authentic compliments as conversation starters. Starting the conversation off on a positive note is crucial to keep it going. Don’t fake it as it’s a turn off. Flattery will only decrease your social capital. Know the difference between honest compliments and flattery. Author of A Good Talk Daniel Menaker says, “Compliments are nice and so are open-ended questions like... ‘How do you spend your day?’ or ‘What’s new in your world?’ He particularly likes talking about what he calls third things, ‘not me, not them, but something else’.”

A great start is to be open-minded and listen when someone is talking. The ability to move up, down, and sideways through social networks is an important life skill.