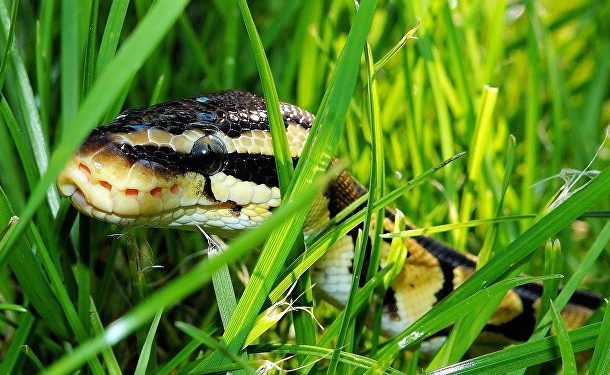 Villagers in India’s Uttar Pradesh raised the alarm when they found a 10-foot-long python with a bloated belly in a sugarcane field. Soon, a rumour spread that the huge reptile had swallowed a baby.

A police probe has been ordered into an incident in India’s Uttar Pradesh State after a 10-fee python swallowed a deer and was killed. Local villagers thrashed and dragged it around suspecting it to have gulped down a baby.
The brutal incident unfolded in the presence of police, with villagers mercilessly dragging the python through the fields.
The python thrashed & dragged for fun by locals in Maalipur village of UP's Amroha @[email protected] @UpforestUp @Uppolice pic.twitter.com/8H3zfq1YhA

​According to reports, villagers thrashed the python and dragged it from the field. It was released about 3 kilometres away near the banks of the Ganges river.
To the surprise of onlookers, the snake ended up regurgitating a whole deer and died shortly afterwards.