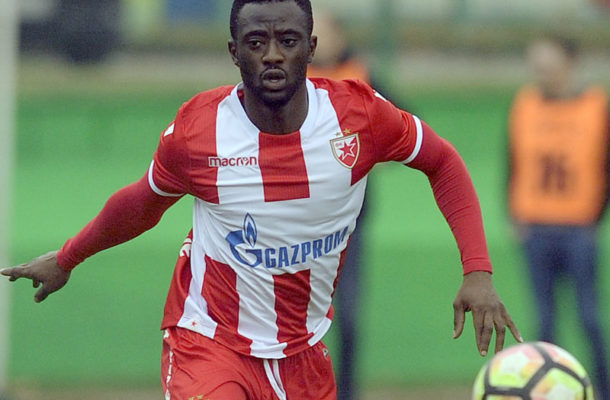 Hungarian top flight side Ferencvaros are ready to table a bid in the region of 500,000 Euros for the services Ghanaian defender Abraham Frimpong.

The in-demand defender won the Serbian league with Red Star but could be set fothe exit after joining them in January 2017.

He is attracting interest from several clubs following his ipressive performances with the Serbian giants this season, where he played 16 times scoring a goal.

Having played most of his career in Serbia with FK Napredak Krusevac and Vovidina, the Ghanaian is set to move for a new adventure in Hungary.

Reports from Serbian media indicates, the 25 year old will join the club if Ferencvaros meet the asking price of Red Star.