Hypocrites watch my videos severally yet criticize me – Lord Paper 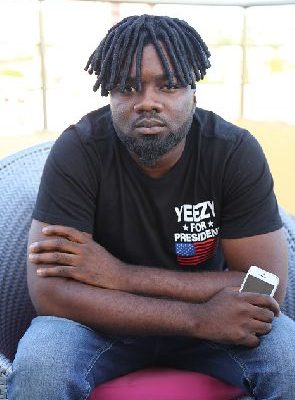 Ghanaian rising musician Michael Takyi Frimpong known in showbiz as Lord Paper has hit hard at critics who have downloaded his sexually explicit videos secretly yet attack him publicly for his art.

The “Ewurama” hitmaker on GhanaWeb.com Showbiz Trendz described all those people as hypocrites.

“There are people criticizing but these people have my videos on their phones. They watch it almost everyday, I think those people are hypocrites”, he told Ghanaweb.com.

Lord Paper became a topic for discussion this week after he released snippets of his yet-to-be dropped video rated 21+ dubbed "Maame Serwaa".

In the said video, He is seen with his hands in between the thighs of an unidentified lady while smoking.

Though he promised his fans to drop the video on October 21, 2016, he failed to deliver on his promise.