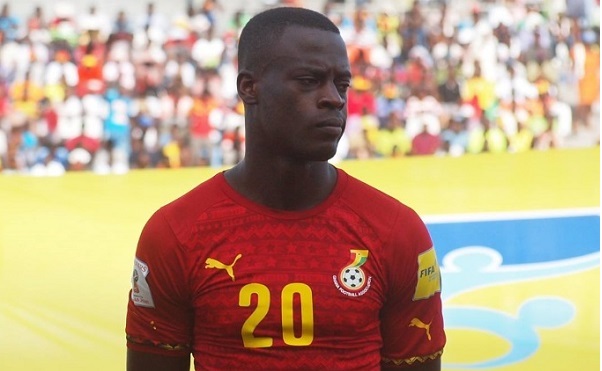 Dutch-born Ghanaian forward Edwin Gyasi  says that he has no regrets deciding to play for Ghana instead of  the land of his birth.

The Amsterdam born forward has Ghanaian parents and was on the Ghana bench  on 1st September, 2017 in a World Cup qualifier against Congo.

Since then he added four more caps to his name scoring once for Ghana during that period but has since disappeared into oblivion.

The 30-year-old last played for Ghana in 2019 against Kenya when erstwhile coach Kwasi Appiah was at the helm.

He says that his parents were so happy when he played for Ghana but now they are sad as he has been forgotten.

“I played my 1st game for Ghana against Congo in the World Cup Qualifies and it felt really like home."

"My parents were so happy that I was wearing the Black Stars jersey representing Ghana but now they are sad because I’m not currently part of the team," Gyasi told Kessben FM.

The journeyman now plays for Israeli side Beitar Jerusalem after spells in Turkey, Holland, Bulgaria and USA.