I advised Kotoko to start with 10 men - Dormaa Circles Chairman 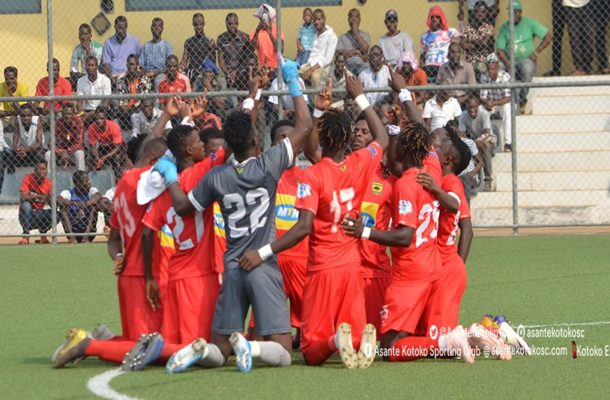 Premier League giants Asante Kotoko caused a stir alongside opponents Aduana Stars on match day 11 when both teams decided to play the entire first half of the game with 10 men despite none of them being sent off.

"The advice came based on what we heard and saw, but we thank God for what happened because it could have resulted in something else if we (Kotoko) won the game." Hon. Dinpa told Kumasi based OTEC Fm.

"I told them that Yahaya Mohammed always comes on the pitch with their (Aduana Stars) black magic 'juju' so they should make sure and see to it that he is no the pitch before our last player also enters." He revealed

"But, I had no idea on why they delayed when coming to Dormaa, I was even worried and wondering why the route from Berekum to Dormaa was changed by the {Management}" He added.