'I am not a Hearts fan'- Former Phobian Ruben Senyo reveals 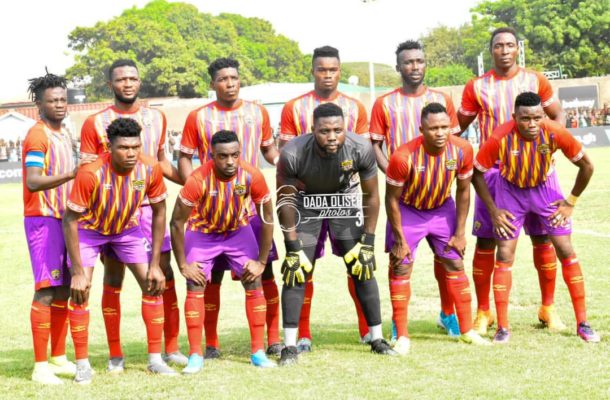 Despite playing for over three years with the Ghana Premier League giants, former striker Reuben Senyo has revealed that he is not tan of that he is not a fan of Hearts of Oak.

His comment come in the build up to the highest match on the Ghana Football calender- the Super clash.

According to Senyo, being a former player of the Accra based club does not necessarily mean he is a fan of the club.

"I'm a former player of Hearts of Oak but the fact is that, I am not a fan. I'm not a kotoko fan either Hearts. I went there to do my job" he told Koforidua based Bryt FM in an interview.

He adds that, his mentality during his hay days was to do his job diligently and attract offers elsewhere.

Asked to tip the winner of the super clash on Sunday between Kotoko and Hearts, he said, "the best team should win".

Ruben Senyo was a huge fans favorite during his days with the Phobians and comments will be a surprise to many Hearts supporters.