I am proud of Fred Amugi - Mzbel 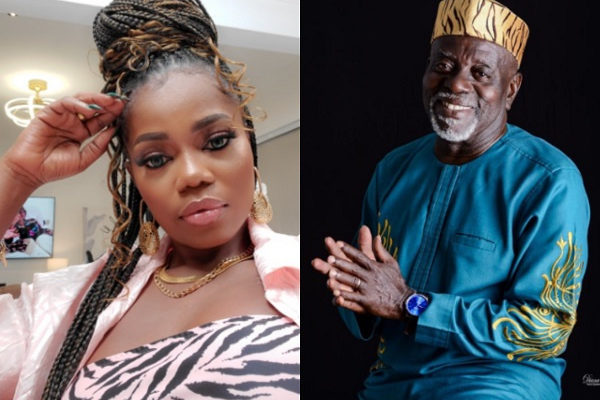 Singer Mzbel has delivered a message on the importance of speaking one's dream into existence without fear of being criticized by naysayers.

This comes in after veteran actor, Fred Amugi got one of his greatest wishes fulfilled with his latest endorsement deal with a Ghanaian brand that produces watches.

Mzbel in a Facebook post mentioned that he was proud of Mr Amugi, for publicly announcing his wishes despite the backlash he faced from some individuals.

"Speak Your Dreams Louder Than Your Fears. What people will think doesn't mater! You have to be Proud of U and they will be Proud of uI So SPEAK! Proud Of U Sir," Mzbel's post read.

It would be recalled that the actor, as part of his 74th birthday, declared his wishes to be made a brand ambassador and also announced his preparedness to work with interested companies.

A few days after, a Ghanaian brand that produces watches signed a deal with the actor and mounted billboards that captured him and its products.

Mr. Amugi just couldn't hide his excitement upon sighting his image on billboards knowing that his wish had just become a reality.