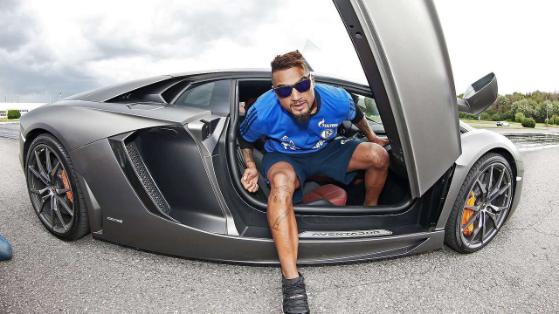 Kevin-Prince Boateng is a player well- known for his extravagant lifestyle on and off the pitch.


Boateng sensationally revealed he once purchased three cars in one day while at Tottenham Hotspurs.

The attacker admits he spent years squandering a fortune as he struggled to cope with the trappings of fame.

The 32-year-old has regularly struggled to settle at a club and is now at the 11th club of his career having joined Fiorentina from Sassuolo this summer.

'I was an idiot. I had talent, but I trained the bare minimum, an hour on the field. I was the last to arrive and the first to leave. I'd be out with friends. I had money, I lived like a king. I'd never been to the gym. That changes your later career.

'I bought three cars in one day when I was at Tottenham: a Lamborghini, a Hummer and a Cadillac. To the youngsters, I tell them: "You cannot buy happiness."