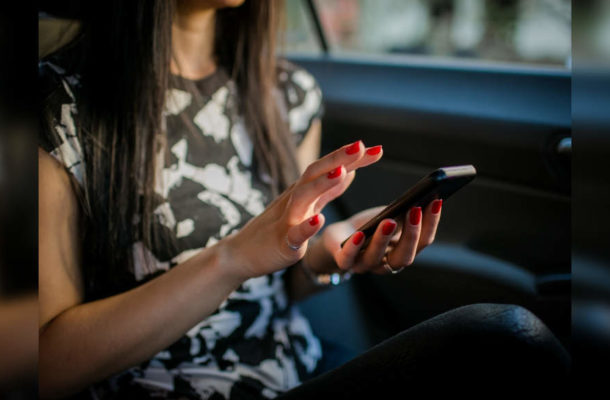 Reading through boyfriend’s phone seems very inviting, right? Well, it wasn’t for me when I decided to break the most important rule in a relationship: trust. Trust is the golden rule and the main foundation on which a relationship stands. Love, understanding, everything else comes later. At least, I believe that. As a little girl, I have always been asked to trust people, rather than shutting myself off. Being the social butterfly that I am, it wasn’t difficult to get my trust broken either. Despite countless failed friendships, I always continued to trust people again but also keeping myself at some distance.

But you know what hits you the most when you are happy? The absolute denial that trust can always be won back. In my case, there was a time when I stopped trusting completely and all this started from one tiny thing: I decided to read my boyfriend’s text messages.

My boyfriend of 5 years had taken me to a New Year’s Party where his friends had gathered around as well. Everyone was sloshed completely, drunk-singing with whiskey shots in their hands. My boyfriend sang at the top of his voice, hanging around with his male friends. A girl I knew as his friend was incredibly drunk too, and she came up to me, pulling my hand to go for a dance on the stage. I refused because I had pain in my joints that day, from working around the house too much. What she said next stunned me, “You’re so stuck-up. No wonder your boyfriend doesn’t prefer you anymore.”

I was shocked to say in the least. Well, I didn't have much problems in our relationship because my beau was good to me, gave me enough time and respected my choices and opinions. But, not once did I ever feel that my boyfriend has been ignoring me. A few days later, I asked him casually about what he thought about us as a couple. He quickly tried to cover up his expressionless face by suggesting we go for a quick date to our favourite cafe. It didn’t feel like much of an issue right then, but a chord struck within me. That tiny conflict started growing within me.
I never once thought about checking my boyfriend’s phone. After all, who doesn’t have trust in their partner, right? But once, while he was in the shower, a string of notifications popped up on his screen. The notifications sounded so inviting, I picked up his phone only to find that he had changed his password. That seeded a huge doubt in my mind. My boyfriend had never cared about setting a password on his phone, until then. Luckily, I could guess some of the password combinations, and I entered quickly.

But, right there, I kept the phone down. I thoroughly questioned myself for checking my boyfriend’s phone. Never in my wildest dreams, did I ever imagine doubting the one I loved. However, suddenly, a notification popped from someone, that said: “I miss you.”

My heart froze. I couldn't check the phone right then, because I was in a shock. Later that night, when he slept, I picked up the phone and checked his messages to find that my boyfriend of 5 years has been cheating on me with a girl he has been dating for the past year.

Before I got into the relationship, I had promised myself that I would never doubt my partner or secretly engage in any actions that resonated with doubts or trust issues. I realised breaking my promise and rule had actually done me good, rather than any harm. One doesn’t have to always follow the right path, because that can ultimately lead you to despair and heartbreak. Breaking my golden rule of trust had relieved me from further heartbreak. It had set me free.

I picked my bags up and left the house without saying another word while he was sleeping. I sent him a text saying, ‘we are over’ and blocked him. That’s the only thing I could do, to make myself feel better. I gave him no chance to win my trust back.