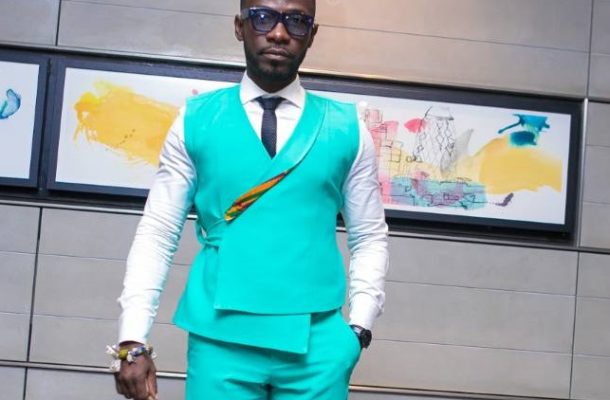 ALTHOUGH musician, Okyeame Kwame is someone who likes to take on challenges, there is one challenge the Rap Dacta says he will never attempt to handle. And that is to be the President of the Musicians Union of Ghana (MUSIGA).

Current MUSIGA President, Bice Osei Kuffour aka Obour's term of office will expire next year and according to Okyeame Kwame, although some of the top personalities in the entertainment industry have approached him to take up the position, the attacks and insults that come with the job have made it unattractive to him.

Speaking on Showbiz Agenda on Zylofon FM on Monday, November 12, he said, “I have 21 years experience in the music industry and after attaining a Masters Degree, I will feel disrespected if anyone calls me a thief just because I am the president of MUSIGA.”

He added that he has so much respect for the likes of Vice President of MUSIGA, Bessa Simons, music producer, Appietus and Highlife veteran, Gyedu Blay Ambolley and he cannot claim to be better than them just because he wants the position.

Sharing his views on the musicians' body, Okyeame Kwame said musicians do not trust MUSIGA and how things work there.

“I believe leaders of the union should make things transparent to the musicians to win their trust. As it stands now, musicians see a lot things wrong with the union and that is why they are always complaining,” he said.

Others are Wulomei, KiDi, Ebo Taylor, Feli Nuna and Kuami Eugene. Songs on the album represent the 10 regions and already, he has dropped the title track, Made In Ghana, which features KiDi.

According to Okyeame Kwame, the purpose of the Made In Ghana album, which is part of a bigger national agenda, is to instill a sense of national pride in Ghanaians, strengthen music tourism and expose indigenous music.