I can't endorse Adonko, take me out of RTP Awards – Kwamena Idan to organizers 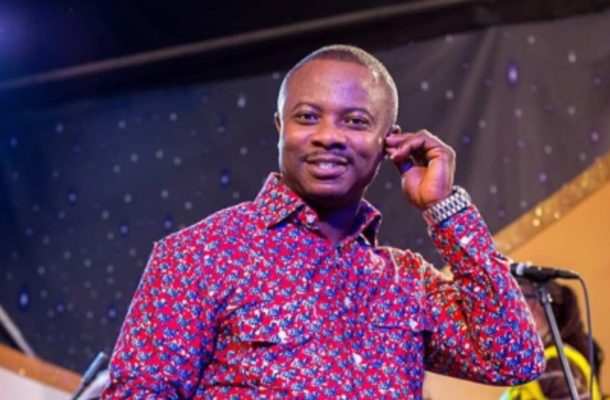 Popular radio presenter, Kwamena Idan, has instructed Big Event Ghana, the organisers of the annual Radio and Television (RTP) awards to exclude his name from the six nominees of the Best Radio Gospel Show Host of the Year category for the 2018 edition of the event.

The Adom Live Worship host in an interview with Zionfelix on Radio Univers bemoaned why the organisers of the awards did not officially informing him about his nomination, which he felt was wrong.

Kwamena Idan stated clearly that he had pulled out of the awards scheme owing to a number of concerns he raised.

He indicated that organisers of the award should have sought for his permission before adding him to the nominees for this year’s awards because he had worked to build his brand.

Kwamena Idan also told Zionfelix that his religious affiliations did not allow him to associate himself to any brand associated with an alcoholic beverage.

He added that by allowing himself to be nominated for the RTP Awards meant he indirectly had to endorse or advertise Adonko Bitters, a mistake he did not want to commit.

“From where I stand, my religious ethics will not allow me to be part of Adonko RTP Awards. I want to make it open that I’m not interested in Adonko RTP Awards. The organisers must respect my brand and my integrity. You cannot just nominate me and make money off it,” Kwame said on Accra-based Radio Univers.

Kwamena Idan added that he is not interested in this year’s awards because of the headline sponsor, Adonko Bitters. He however stated that if per chance the sponsor was changed in future, then he would have no problem being nominated.

The CEO of Big Events Ghana and organiser of the RTP Awards, Prince Mackay, has hit back at Kwamena Idan over the latter's decision.

Prince Mackay revealed that he could not fathom why the Adom FM presenter would pretend to be a saint and pull out of this year’s edition when he (Idan) attended the 2017 event which was also sponsored by Adonko Bitters.

"The program is not being organised by Adonko but by Big Event Ghana so this is the biggest hypocrisy I can ever think of,” Prince Mackay told Zionfelix on the Brunch2Lunch entertainment show.

The 2018 edition of the Adonko RTP Awards comes off on October 6 at the Accra International Conference Center.