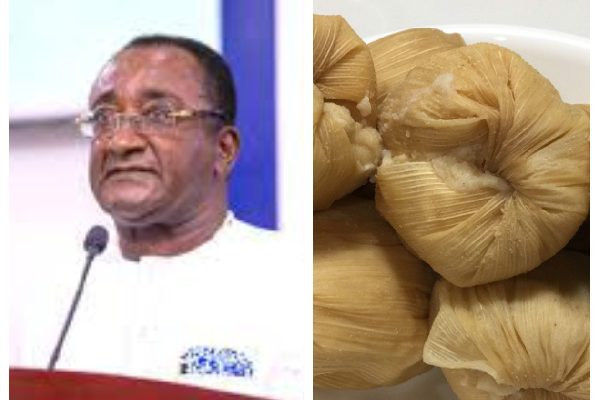 Food and Agriculture minister, Dr. Afriyie Akoto has stated he has no idea when kenkey prices will drop.

A ball of kenkey which was sold at GH¢1 last year is currently being sold at GH¢3.

Food was among the major factors that caused a 31.7% inflation for the month of July.

However, in an interview on TV3, when the agric minister was asked when the price of kenkey would see some reductions, he threw his hands in the air saying “Price of kenkey? I cannot tell. Why can I? The maize will be cheap when the factors that have brought about the increase go away."

He added prices will begin to drop when fuel prices also reduce.

“I’m talking about the external influence on these prices. When the price of petrol goes down from $101 per barrel to $20 per barrel.

Afriyie Akoto however reiterated his stance that Ghana is not experiencing a food shortage crisis.

According to him, the Planting for Food and jobs among other interventions by the agriculture sector is yielding positive results.

He said “people wrongfully say there is a food shortage, there is no food shortage in Ghana. If you look at all the sectors, the agric sector stands out as the sector which is doing well.”