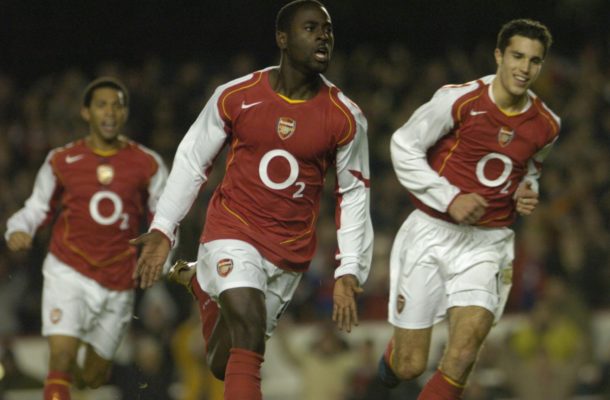 Former Arsenal youngster and Ghana International Quincy Owusu Abeyie says joining Arsenal as a teenager changed his life for good as he could have ended up being anything.

The journeyman revealed that he was born in a difficult neighborhood in the Netherlands where crime was on the rise each passing day.

He admits he could have ended up as a street guy but for the opportunity offered him by Arsenal as a youngster.

“I was born and raised in Amsterdam. Bijlmermeer is the area — it’s basically the ‘hood. It wasn’t easy. Sometimes you might be on the block and you might hear a gunshot, or you might hear that someone got stabbed. When I got that phone call, I said ‘Arsenal? Who doesn’t want to play for Arsenal?!

“That moment when I met Arsene Wenger is when it sort of sank in, when I realised… It’s not on TV anymore. So I looked at my agent, and my agent looked at me, and it was like, ‘Boy… I gotta get the job done'.”

He began his career with Ajax before moving to Arsenal as a 16-year-old. He went on to play for clubs in a variety of countries: Spartak Moscow of the Russian Premier League, Spanish clubs Celta Vigo and Málaga, Birmingham City, Cardiff City and Portsmouth in the English leagues, Al-Sadd of Qatar, Superleague Greece club Panathinaikos, Boavista of Portugal, and most recently in his native Netherlands with NEC.