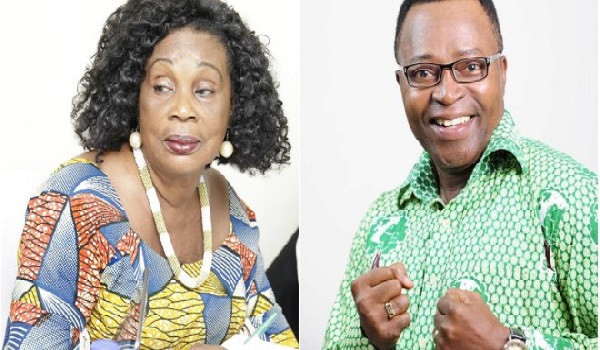 Veteran Ghanaian actress, Grace Omaboe, popularly known as Maame Dokono has made a startling revelation about how she ended up in a relationship with actor David Dontoh.

According to her, she went into a relationship with David because some women were chasing after her for homosexual activities.

Appearing on UTV's United Showbiz Saturday, Maame Dokono told host, Nana Ama McBrown that whenever they traveled out for events, both male and female fans came to their hotels wanting to meet her.

She disclosed that, eventually, it appeared that some of them including women wanted to date her. She said upon realizing that, she decided to go into a relationship with David Dontoh who was also in the Obra Drama Group.

Maame Dokono revealed she dated David for over 10 years before they decided to go their separate ways. According to her, she already had 4 children at the time and David was a young man who needed to start her own family so she allowed him to go.