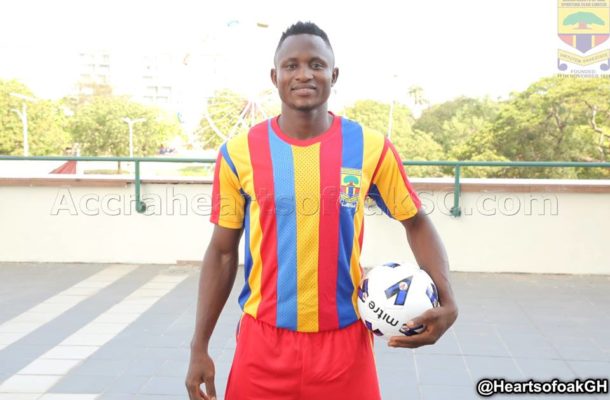 Hearts of Oak striker Joseph Esso has confessed it was a bit of weird feeling for him after scoring against his former club Ebusua Dwarfs in their 2-0 win at the Cape Coast Stadium on Thursday.

The 21-year-old joined the Phobians on a three year deal before the start of the 2017/18 season after a successful trial at the club.

Esso has hit the ground running, he scored two goals and won a penalty on his debut which Winful Cobbinah converted in Techiman.

He has been nominated for Hearts’ player of the month for March and is fast becoming a fans’ favorite.

Speaking in his first interview since joining the club, Esso revealed he didn’t particularly enjoy scoring against Dwarfs but was happy to get on with the business side of the game which is to put the ball at the back of the net against any opponent he faces.