I don't have time for Juliet Ibrahim - Kwadwo Safo Jnr 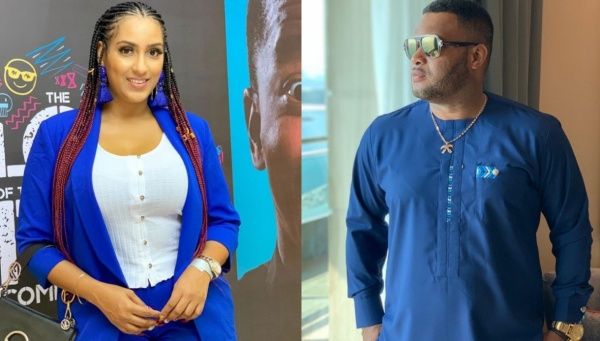 Actress Juliet Ibrahim’s ex-husband Kwadwo Safo Jnr has refused to react to a portion of their love affair which was captured in some chapters of her new book titled “A Toast To Life”.

Kwadwo Safo Jnr who is the CEO of Kantanka Automobile Company Limited, said he is more concerned about the competition of producing the best of the Kantanka vehicles to beat the stiff competition on the market, and he not ready to lose focus.

The face of the Kantanka Automobile Company Limited, in an interview with Bola Ray on Starr FM publicly said he doesn’t have time to respond to all the false allegations levelled against him by Juliet Ibrahim, his former .

“I’m building cars,…I’m building solar fans, I’m building windmills, I am bigger than that. Yes, I can not spend my time thinking about her…I have a child with her. There’s no need me going back and forth with her in the media. Imagine my son is nine years now. He’s able to read the news, he’s able to go online…I don’t want people to point fingers saying that’s Juliet and Koo Sarfo’s son,” He told Bola Ray

He added that granting interviews on such issues won’t only make him lose focus but also not get paid.

Mr. Kantaka refuted claims made by Juliet Ibrahim that they kicked-off their relationship after meeting for the first time in a club.

“We met through a friend. We didn’t meet at a strip club, that claim is not true,” He explained.

Juliet Ibrahim and Kwadwo Safo got married in 2010 ended in 2014 on grounds of infidelity.