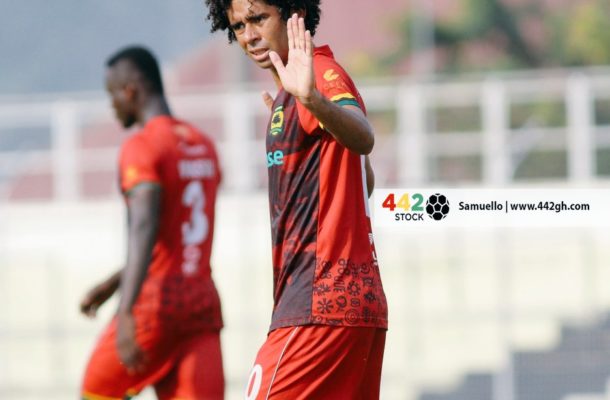 Brazilian midfielder Fabio Gama has seen his stock rise steadily in the eyes of many Kumasi Asante Kotoko supporters.

The 28 year old striker who joined the porcupine warriors in October 2020 as a free agent on a two year deal has been an integral member of the Kotoko squad.

He is fast gaining cult status in the eyes of the Kotoko supporters but his comments during an interview with Pure FM will gladden the hearts of many reds.

Gama played against Accra Hearts of Oak during the first round of the Ghana Premier League in a match which ended 0-0 among both sides.

But when quizzed in an interview on Thursday morning whether he knows Hearts of Oak he replied he does not know any team like that.

Below is a transcript of an interaction between Fabio Gama and the host.

Interviewer: Do you know Hearts of Oak?

Interviewer: Is a football club.

Interviewer: Yes in Accra, and they are Kotoko rivals.