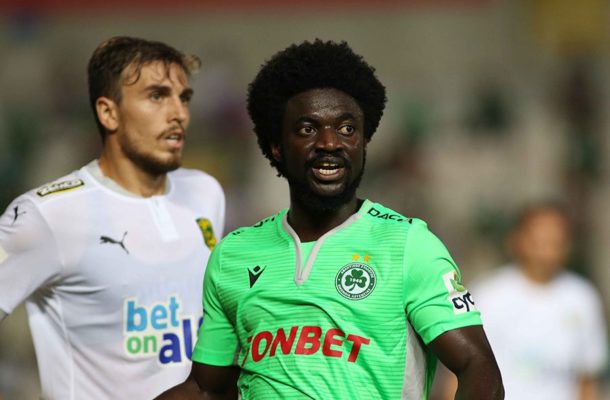 Ghanaian winger Ernest Asante made his first competitive start for his new side Omonia Nicosia in the 2-1 league triumph over AEK Larnaca.

The Ghanaian joined the Cypriot side as a free agent after leaving UAE side Fujairah SC in the current transfer window signing a two year deal.

According to the Gomoa Fetteh Feyenoord star he is hoping to play more and is itching to show the fans the stuff he is made of.

Appearing on a sports programme in Cyprus dubbed "Total Green", the Ghanaian was excited about his first start and is daring for more.

"It was a good game, we fought and won fairly.

"I expected it and it happened. I enjoy the first time I was basic and I expect more. I know it will be difficult because we have a strong team but I will fight it."

"I am very happy that I helped the team win."

Asante had some kind words for the young players who played in his side's win in the league over the weekend describing them as fantastic.

"One word only: fantastic!".

For the qualification with Red Star: "It was a very good victory. We did not give up, we fought. A great victory for the players, the club and the world. We saw how important it was for the fans ".

For the world: "They are awesome. I get a lot of messages from them. I put something on insta and they respond immediately. They still haven't seen anything. I am waiting for the right moment. We will do everything for them. "