I had a miscarriage this year – MzGee 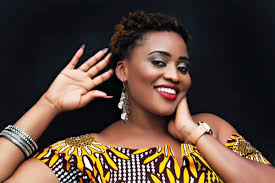 Radio/TV personality, MzGee, has revealed that she had a miscarriage with her first pregnancy three months after she got pregnant this year.

On her birthday today, April 1, 2021, MzGee took to her Youtube channel to detail how she painfully lost the baby she was looking forward to having.

According to her, when she noticed that she was pregnant, she started to see her doctor but after their first scan, she was told that her fetal pole could not be found.

The ‘Simply Showbiz’ show host disclosed that the doctor indicated that if the fetal pole failed to show anytime soon, it meant that she was going to lose the baby.

Sadly, the worst happened just when she was entering the tenth week of her pregnancy.

The award-winning entertainment show host revealed that she was at home one day when she saw blood oozing from her private part and at the time, she realized that the worst had probably happened a fear that was later confirmed by her doctor.

MzGee added that this experience has helped shaped her thinking as she has vowed that henceforth, she will never ask any lady.

She also thanked Whitney Boakye–Mensah for her enormous help when she was going through this difficult time.